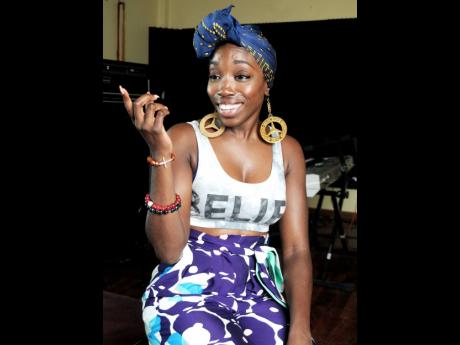 June is celebrated as Caribbean Heritage Month in the United States of America, and Grammy-winning artiste Estelle has tapped her Caribbean roots for a special edition of her Apple Music radio show.

The hit show, aptly named The Estelle Show features an all-island mix of reggae, soca, calypso, jab jab, and dancehall from some of the Caribbean's top DJs.

KingPin -- of the legendary King Addies -- one of the featured DJs on the The Estelle Show, said he was pleased to be flying his country's and sound's flag.

"The King Addies brand is celebrating our 40th anniversary next year. I'm a part of the younger generation, however, Addies has dominated the international sound clash arena for a few decades. So, it's an honour for a pop star like Estelle to highlight us on her platform," KingPin said.

Estelle, the American Boy hitmaker, has Caribbean and African roots.

"I'm Grenadian and Sengalese, and grew up in London. I was surrounded by Caribbean music my entire life. I'm celebrating the culture, but I'm also a part of it," Estelle said.