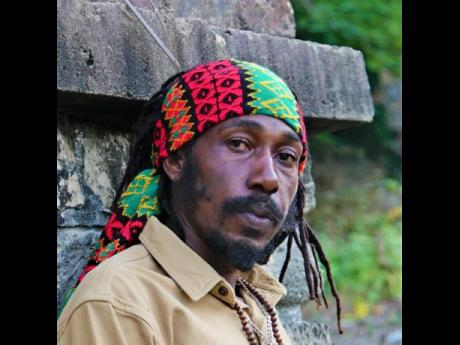 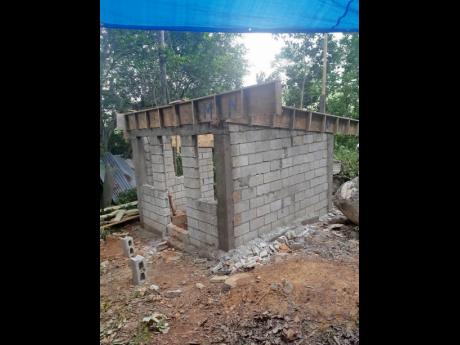 A house that was constructed for Uncle C, an elderly man who was living under a tree in Old Harbour, St Catherine. 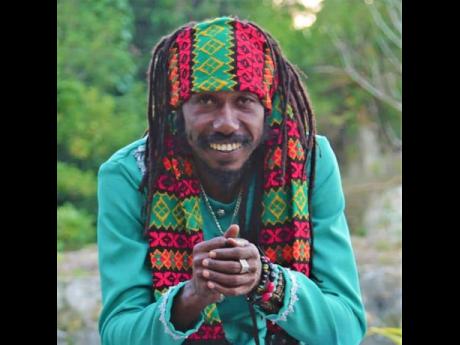 When it comes to music, the name David Conscious is not a household name. However, there are several persons across the island who would readily profess that he is their rock star, not for things musical, but for the blessings that they have received, through him.

The Ocho Rios, St Ann-based musician has made a life of helping people. Two years ago, for example, he was spending time in Old Harbour, St Catherine, when he came upon a 52-year-old man known as Uncle C, who for several years had been living under a tree. Conscious said that he was moved to help him.

"I didn't like that so we put together and try build him a house, build him a nice room from concrete," Conscious told THE STAR.

"The tree that he was under was his land, so mi could just build a house on it for him. I built that room and there's some little bit more to do on it still," he added.

Marcia A. Tulloch, the artiste's manager, said that he invested time, effort and money in getting Uncle C to move into the one-room structure.

"David did use his time and some of his finances and we asked the community and different people for help with material. So, he gathered people to volunteer, he was like the foreman on the job. David then did a donor drive so we got some food and clothes donated," Tulloch said.

She said that helping people has been a way of life for the recording artiste who has been building his career around a catalogue of conscious music.

In 2020, he paid for a young man in Ocho Rios to do a course in mixology so he could become qualified for a job. Last year, he helped a young man, who had been deported to the island, to reintegrate into the society after he became depressed.

"It's naturally inside of I because I'm always a caring person for people," Conscious told THE STAR. "From a young stage coming up, people always turning to me for assistance for a lot of different things, because I'm a person who tries to save lives. There are a lot of people out there who need help."

He continued: "Sometimes they're victim of the system and they need a little strength to have a longer life span. Some people live in a nice house and take it for granted, and some people never live in a house. There are certain things that need balancing in iration and we just like to do as much as we can for them."

The up-and-coming entertainer reasoned that many less fortunate persons have found themselves in this position due to the failure of the education system to take into account their learning challenges. A lot of these people, he posited, have no certification or skills, and thus struggle to make ends meet.

" They are normal like everybody else but they lack certain education, so they lack privileges within the society. So, if I can enhance them whenever they desire ... if it's school and I see where they are capable [of doing and] I will try to assist them going to school. Or if I can find anyone to assist them, I will put out the effort to get people to assist," Conscious said.