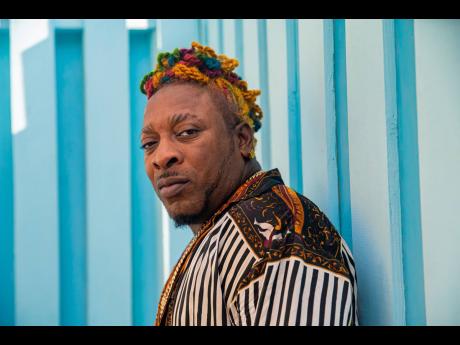 Fans of dancehall's proclaimed 'Energy God' were left wondering why he was missing in action at the recent staging of the New Rules Festival hosted by Alkaline.

Elephant Man was one of three seasoned acts billed to perform at the National Stadium parking lot last Saturday but did not perform.

"I want it to be known that I was not missing in action and it wasn't a case of me being a 'no-show'. I was there, my followers on social media would have seen me posting the journey to the stadium, meeting up with the dancers and all that. I was ready to perform and mash down the place but I honestly was not feeling my best," he told THE STAR. "Normally, when I'm not feeling well, I would send a text and say I can't make it. But I couldn't do that to Alkaline and Kere (his sister). I wanted to be professional and show up for my duty."

The Find It artiste and songwriter had returned from St Kitts and Nevis, where he performed at the White Sands Old School Party At Carambola Beach alongside Cham and Beenie Man, a few days before he was slated to perform at Alkaline's event. He was experiencing flu-like symptoms.

"The flu never bother my chest, it was messing with my sinus mainly. I thought I would feel better in time for the show or that the symptoms would ease for at least an hour so that I could perform," he said. "When I arrived, IWaata was performing and it was almost time. I got my Hennessey and cranberry, and we were drinking and just a have fun. But when Kere see my shirt how it wet, she realise supn was wrong with me. She directed me to the medic and I was told it nuh mek sense I go on stage in the state I was in."

The entertainer said that if he did go on stage, it would not be the Energy God people have grown to respect and love. He has since been tested for COVID-19, which he said returned a negative result.

"I was happy to get a negative result. Any artiste weh a go perform any weh at all must take the necessary precautions and always be professional. Don't just be a no-show, and that's what I did, make sure the promoters saw me. It ended up being that I was also dehydrated and I am here taking the prescription medications and recovering," Elephant Man said.

The artiste is anticipating his upcoming appearance in Paris, France, and to perform at several shows in Europe for the next three weeks. Hapilos named his album Di Best as one of the top five charting albums for June.

"I can't wait to touch Europe. I apologise to my fans here in Jamaica for not performing. Elephant Man never drop down, nothing never happen around backstage, I just didn't feel my best. But I did do my best by coming out and showing up at the venue. I thank Alkaline sister for coming to an agreement since I was unable to go on stage. Much love to the production team and the fans," he said.