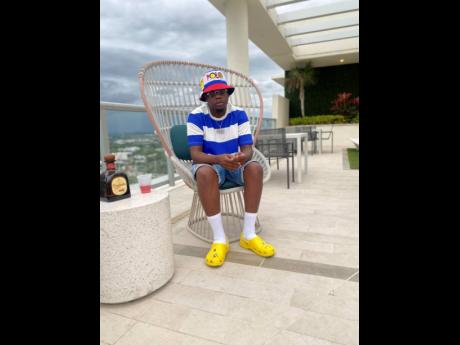 Fast-rising international artiste and event promoter Supnelse is pleased with the feedback he has been getting for his latest single titled Polo Outlet, featuring Shizzle Sherlock.

"The reception to the song has been great, especially since it's the first summer song out this year and everyone wearing their polo and reposting and sharing. DJs worldwide have been playing it in parties and online, also on the airwaves, so big them up," said Supnelse. "Many doors are opening for me and I am grateful for that. This song has been doing great and I am sure it will be taking us places."

The US-based artiste is looking to bring his talent to the world with this track and a few others in the pipeline.

"I have a soca single called Wake Up, produced by Atlanta Landmark Unique Sounds and featuring Shizzle Sherlock, Reposado produced by Mineral Boss Records, and I'm set to release two more singles one called Golden Boot produced by Antwain Music," he said. He also has another single titled A Di Look, which is due to be released on July 15.

Supnelse has been working in the music industry for years and started out in Queens, New York before heading to Atlanta. He has opened shows for dancehall acts such as Aidonia, Masicka, Dexta Daps (with whom he also toured), Mavado, Alkaline, Spice and Govana.

The artiste hosts his own weekly event 'PonAMonday', and is also promoting his clothing line called Supnelse Apparel, along with his recording his Supnelse Studios.