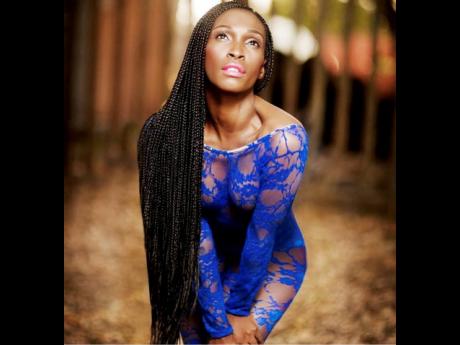 Queen of The Pack singer Patra admitted that despite repeated calls and requests for her to return to the recording studio a long time ago, to do so would have gone against her inner spirit which she attributed as the determining factor for her return now.

But she shuns the word 'comeback' and describes her return as a continuation of her legacy.

"I've been asked so many years. I've had people from all over the world come to me ... when you're on a spiritual journey it forces that spirit to set the standard for you and you will know when you're making a wrong decision," she said. Patra said that she has been doing some filming and projects to keep herself occupied.

"So when that spirit says to me I'm ready and within two days someone shows up and says to me that BET is reaching out, I knew it was time. So I go off that inner voice that speaks within me," she said. Patra has come a long way since she was managed by Peaches Marshton who got her on popular dancehall show Sting.

"Ninja Man gave me the first mic and say 'go mash dung the place'," she shared as she reminisced on her debut at Sting 1989. She is a woman in high demand, but is fully focused and will only be releasing three singles for the remainder of the year. She is featured on Tanya Stephens' 50 which highlights the agility of women who have been blessed with life for half a century. The single was released in July as well as her own empowerment track Love Your Body which she recorded for music producer Notnice. She hinted that her third single will be a follow-up to Love Your Body.

"It's already written, finished and structured. When we say we have the song already, we don't go in the studio to practise and waste time. What we do, we have the track already, memorise everything, so when we go in the studio we don't spend more than an hour or two," she shared. "For now I'm going to be doing some production with Notnice because he understands the range of my voice and pitch of my voice plus he is so very humble and guidance is paramount to me, especially when it comes to bringing me back to my '90s vibe plus enhancing it, and he knows especially where to keep me."