Trudiva teams up with Nuffy Don on new single 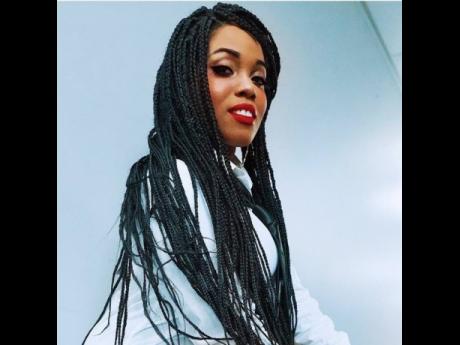 Trudiva is in an upbeat mood as she promotes her new single titled Domperignon featuring Nuffy Don, formerly known as MC Nuffy.

The song, which was produced by Trudiva, was released on the Trueprint Entertainment imprint on August 1.

"This song was written for the parties and the clubs. It has a hypnotic pop vibe with a strong dancehall flavour. It's a fun song that makes you want to get up and dance non-stop. I have to give props to Nuffy Don. I'm happy he agreed to be on this track with me because he really helped to make it hot," said Trudiva. The singer is currently busy in the studios working on multiple projects.

"I am working on a six-song EP with Germaine McDaniel that I plan to drop in September," she said. "I also working on my debut album with a US-based label called Angry Bear Records. So far, I've recorded nine songs for this project. I still have a few more to go before it's completed. If everything goes as planned it will be ready for release before the end of the year."

Trudiva is also promoting a single titled Good Bye which was released in June on the Trueprint Entertainment label. The video for it will be released on August 6.

Trudiva, given name Trudy-Ann Williams, launched her recording career in 2005 with the release of single titled Party All Night featuring Elephant Man.