Capleton ‘feeling great to be in the land of the living’ 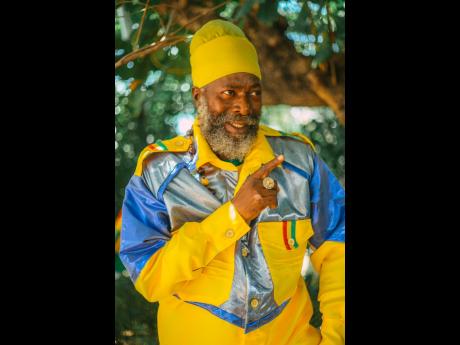 One month after his Mercedes-Benz crashed while he was driving along the Cocoa Walk main road in St Thomas, Capleton has had time to reflect.

He is thankful to be alive, he acknowledges that it pays to drive a good vehicle, and he continues to 'bun' fire.

He added, "Give thanks fi di powers of the Almighty, knowing that I am still in the land of the living. Most people who go through accidents like that tend to cripple up or something like that. I am not saying this for people to feel any way, but when a car flips and turn upside down, sailing on the top ... . Four of us were in the vehicle ... me, my brother, my nephew, and ... and we came out without a scratch. We are protected by the hands of the Almighty."

The police's Corporate Communications Unit reporteded that at 5:10 a.m. on August 9, Capleton was travelling with three persons when his vehicle hit a tree stump along the Cocoa Walk main road in Llandewey and overturned.

His black GLE 400 Mercedes-Benz, which sells for about US$60,000 (approximately $9 million) was 'totalled' in the crash.

"Material things can always be replaced, but life cannot be replaced. Sometimes it pays to drive good vehicle. If it wasn't a Benz then serious things could happen. I am not about material, and everybody know that me love people more than money, but the fact is the fact," the 'Fireman' said.

Motor vehicle crashes continue to pose a serious concern for the Jamaican authorities as a result of the mounting deaths and injuries they cause. Statistics from the Road Safety Unit reveal that 319 persons have died on the roads as of Septeember 8. A staggering 487 persons died in road crashes last year.

Meanwhile, Capleton, declaring himself to be "a humanitarian who don't do things to get validation and clout", proceded to offer advice and 'bun some serious fire'.

"We have to stand for something or we will fall for nothing. We have to be careful of our thoughts and teach positive and think positive. The gruesome crime that is happening in the world, we haffi bun a fire," Capleton said.

He continued, "I always tell the youth dem to get dem education and big up dem parents and dem God, because once yuh start disrespect yuh mother and yuh father, is problem." He lamented various things including the loss of lives in domestic disputes.

"We have to go back to the 'Incients' ... yes, the Incients. We grandmother used to tell we things like 'wha drop offa head drop pon shoulder' and 'one hand wash di other'. We haffi just keep the fire burning. And don't get confused or angry when yuh hear 'fire', because fire is for the purification of the soul," he said.