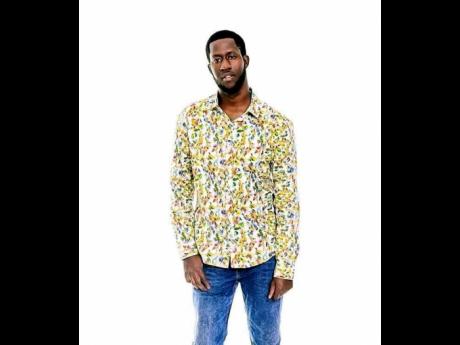 It has been an emotional journey for Jahazeil Myrie, who has, throughout his professional career, met upon closed doors.

But the recording artiste said that after rebranding himself earlier this year, he is now looking to bag major deals and bookings.

"I wanted to try different avenues to expand the brand," he told THE WEEKEND STAR, adding that one of those paths "was to establish my own record label last February". The label is registered as Jahjah Production.

Jahazeil, who is one of the sons of reggae-dancehall icon Buju Banton, said that he will not be wasting any more time and has already compiled four songs within two months for his first EP, which he is calling The Message. The EP comes from a personal place, with most of the tracks speaking of his childhood, friendship, loss, overcoming trials and tribulations, and perseverance.

"The idea of The Message is to not only introduce me, but to be an EP with positive music, because there is a void of positivity in the industry and the music of today," Jahazeil said.

The songs on the debut project are Journey, Suicide, Introduction and Born Star, which was released on May 13. The other three tracks have not yet been released, but supporters of the artiste will get to hear them when the EP is premiered on September 23.

He said, "I'm targeting persons who are fed up, [so] songs like Suicide are not about any experience of wanting to kill myself or persons killing themselves. But [it is] focused on encouraging listeners to have faith and trust in the Lord. The reason I wrote it and gave it that title was because I like to take risks."

Jahazeil has worked with producers Eastman and Minto Play Da Riddim, who have worked with the likes of Charly Black and Skillibeng, Din Din of Hemton Music, DJ Lethal Vybz and Chico of 1Real Records.

"All of the EP speaks to life. I manage to give more of me in Introduction, which goes a little further in my life as a child, and it's a song everyone can relate to. The impact I want it to have is to reach every one the right way, and my label has a lot more coming from it before the years ends," the artiste said.