‘Ready to make magic’ - Ishawna fired up by Payday deal 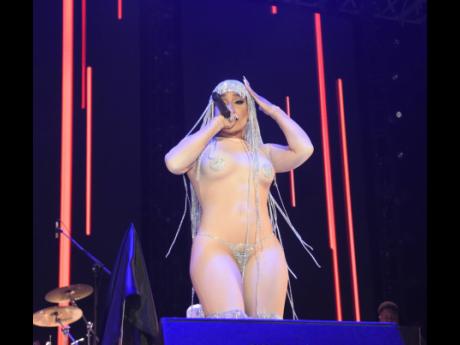 The recording artiste last week revealed that she has signed a deal with Payday Records, a label relaunched by Ultra Music Founder Patrick Moxey four years ago. Details of that deal has been kept close to her chest.

"It entails me being a Payday Records-signed artiste, who is ready to make magic with Patrick and the entire team," the Equal Rights artiste told THE STAR.

Payday Records, a New York-based hip-hop label, has been credited for launching the career of music mogul Jay-Z. At present, artistes who are launched via New York-based Payday Records have their music distributed by Ultra Music (also founded Moxey) in the US and Sony in the United Kingdom.

The deal inked between Ishawna and Payday Records is the latest in a string of big moves being made by Miss Legendary. In June she collaborated with British pop singer Ed Sheeran to release a single, Brace It. The song reached Number One on the Top Reggae songs on iChart. Equal Rights is a remix of Sheeran's 2017 hit single, Shape Of You.

Last month Ishawna performed at the Barclays Center in New York on Saturday, August 27 in honour of Angela Yee Day.

Ishawna, who proclaims herself 'Dancehall's Cinderella' is getting ready to live her fairy tale life. She said that the proverbial glass slipper given to her by Moxey is owed to her doing "music that is true to me".

"I have never been tied to any particular genre. I do music that is authentic to who I am...You cyaa put girl in a box," Ishawna continued.

She is primed and ready to show off her range as an entertainer.

"I never place expectations on anything I do. I simply put my all into any and everything I do and I know the rest will follow," Ishawna said.

The Equal Rights artiste, acknowledging that there are are naysayers, told THE STAR, "I don't need anyone to acknowledge or validate me... My work and music speak for themselves".