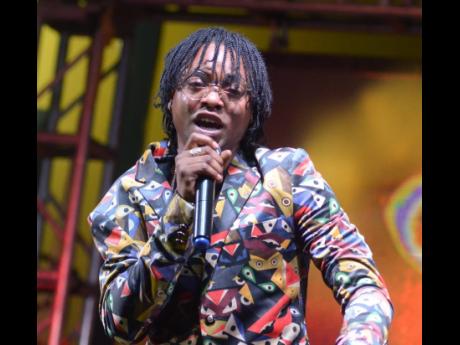 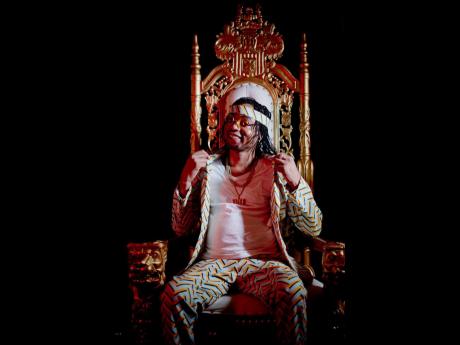 The fan-proclaimed 'Trap Dancehall King' who made his first public appearance at the event sitting in a wheelchair, fought hard to hold back the tears during a performance of tracks from his first-ever album, but finally gave in and allowed them to flow.

"When it come, it come, you know... it forward like a rain. Basically, a lot [is] inside of me weh me haffi express. It's just a lot of ways me feel about a lot of things," Rygin King said in an interview with THE STAR.

Rygin King has been on the road to recovery following a gun attack in 2020 that almost claimed his life. After being out of the public eye for several months, news began circulating that the artiste was paralysed, but his management immediately rubbished those claims. However, in July, the No Emotion artiste revealed that he was unable to walk.

The dancehall artiste who deejayed "no emotion, mi nuh too show that" and "eye water cyaa mek life come back" is not holding back when it comes to speaking about learning to prioritise his mental and physical health.

"You cyaa implode, enuh, you cyaa have too much weh inna you that ah go mek you implode, you have to let go," Rygin King said when asked about the pressure males, especially male dancehall artistes, face in having to maintain their hardcore image.

"Sometimes we can't explain too many things in a short space of time, so for me music was the right way to just compress me words dem and put dem together. So you find that when me, myself a listen to the songs, it put me inna dah mood deh ...that's what happened to me," he continued.

Rygin King explained that "it was not the easiest" feat to compile an album focussing on all the emotions he has been experiencing and he spent months submerged in the production. Three of the most popular songs are the title track, Therapy, Circumstances and Broken.

"It wasn't easy doing it, where me disabled in a way. It's just something I wanted to do for myself. It wasn't easy...just know that," he said.

Having his children around also added to the positive energy and with the album out now on all digital platforms, Rygin King is ready to put in more work and is preparing himself for a US tour.

"My oldest is six; all of them understand a certain way and them energy help me. Support groups help too, but my main thing is my physical therapy. And me soon walk back. For now, me open to performing on stage even inna the wheelchair," Rygin King said.