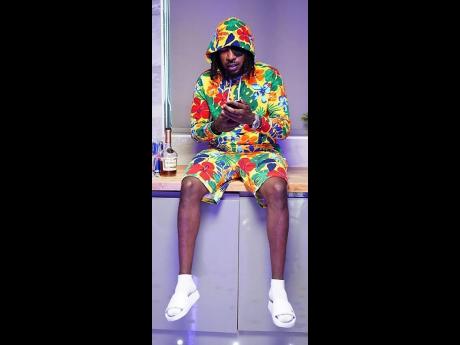 Dancehall artiste Don Andre says he is making an epic return to dancehall's mainstream with the release of a single that he considers to be another club banger.

According to the entertainer, the track called Birds Dem Ah Fly is produced by Stashment Production and is quickly becoming a staple on the playlists of several top-flight radio stations locally and internationally. The Tom Cruise deejay says he is humbled by the positive response of the track and hopes it will be his next hit.

"The goal is to create another hit and with the help of my fans, my team and the Almighty it will happen. I remember telling Stashment while in studio that this song has a hit feel to it and so far the feedback suggests that people are feeling it" he said.

The British-based dancehall artiste rose to prominence in 2016 following the release of Tom Cruise, another dance track which took the industry by storm and secured his spot in dancehall. However, Don Andre took a break from music soon after because of undisclosed reasons which the artiste says he will reveal "when the time is right".

Fast-forward to 2022 and Don Andre has once again captivated the imagination of dancehall fans with street selectors and producers saying he effortlessly finds the right flow and words.

"Don Andre is naturally talented and he listens, so working with him is always a great experience and once we get the support from the industry and the fans this song should do very well," said Stasha of Stashment Production.

Don Andre is signed to Stashment Production and is busy promoting his Birds Dem Ah Fly single as well as being in the studio working with other well-known producers.