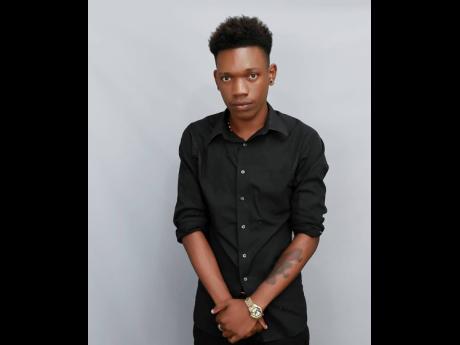 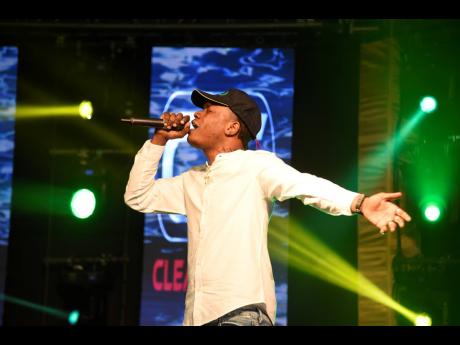 Valiant performing at the Sting launch at The Jamaica Pegasus Hotel last week.
1
2

New York-based producer Extol Spence, who marked 10 years within the music industry with Valiant's single Cut All Losses, said that the young deejay is about to take the world by storm.

"It's not just because of the hit Extol Music received by working with Valiant, but the quality of work he is putting in, and the way my Inbox is filled with persons' feedback about his music and that voice of his ... the ladies especially want him to sing a song for them," said the producer in a recent interview with THE STAR.

Cut All Losses trended at number one on YouTube two days after its release and spent 13 days in the position until Dunce Cheque, produced by Diplomats Records, was uploaded to the platform. Valiant actually makes YouTube history this week by being the first dancehall deejay to have five songs in the top five streamed songs on the video streaming platform.

Extol said that if he was to compare Valiant to an already established artiste, it would be Teejay, "because of his drive and uniqueness". He is urging the on-the-rise entertainer to stay focused.

"Valiant is still young; him have a lot to learn about this business. Even after a decade working with artistes in dancehall, I'm still learning. Is not just the success, but how a professional use it to keep up the pace and him able to make a difference. He is not all gimmicks," he said. "You going to find critics and negative comments coming out each time, no matter the message or how positive a song. But what he needs to do, is use every stone weh throw as stepping stones. Me see him going places."

Speaking of success, Extol has had several trending hits over the past two years including Teejay's Guard Ring in 2020, then again with Different Species and Rygin King's Plead My Cause in 2021. But it has been difficult navigating the dancehall space from overseas, the producer said.

"It has not been easy trying to get artistes to voice on riddims because a nuh like me deh Jamaica fi say meet a studio or link up. Still there are a lot of singles to be released, just time a di master. Some will be on an album that's soon to be released and I'm hoping to do more work with other promising acts from our island," Extol said.