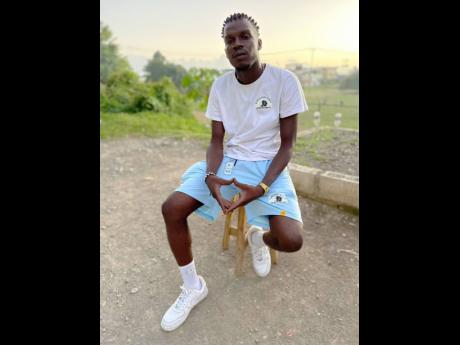 Bull Bay, St Andrew-based Richie Chaplin Entertainment is seeking to be a major player in international dancehall and reggae music.

The label was founded in 2018 by Richard 'Richie Chaplin' Chambers. Though a forensic examiner, his love for music made him pursue careers as a creative director, music composer and executive producer. Richie Chaplin Entertainment is a family-run music label. Along with Chambers, the label principals are his father, Wilfred 'Ricky Chaplin' Chambers, a veteran reggae singer and chief tour guide at the Bob Marley Museum, and his uncle, deejay legend Dr Richard 'Charlie Chaplin' Bennett.

According to Chambers, the vision is to "bring universally pure, modern, authentic and organic dancehall and reggae music".

"Charlie Chaplin and Ricky Chaplin play a significant contribution to the pioneering of the music genre dancehall, Rastafarian heritage, culture, and traditions. I have a great vision for my label, and I will continue to show quality through my work," said Richie Chaplin.

The label has produced more than 50 dancehall songs and directed 30 dancehall and reggae music videos. Projects include Put foot a Road by Real Bawdacat and Sicka Pure, Ice Cream by Shaqstar featuring Expert Boss and Clarks and Polo by D'naxe.

Richie Chaplin is also the in-house executive producer and A&R director at Sudu Hype Records, in Baltimore, Maryland in the US. He has collaborated with major record labels such as YardHype Music, Swagg Records and Papa One Production out of Nigeria.