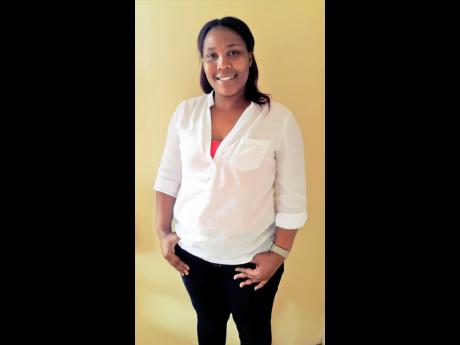 Keisha Peart has been walking with the Lord for 17 years, and, like many Christians, she has testified of God's goodness towards her.

However, Peart has had her share of disappointments. She said that 2017 was one of her most challenging years.

"I lost my husband in 2015 to the dreaded crime situation in the country. Not even that year felt like 2017. The devil was so rampant last year, and he decided to bring me down. But I was able to stand because of the grace of God," shared Peart.

Peart said that last September she was going to her yam field when she felt a pain in her side. She said that she didn't take it seriously and worked in her field for the entire day.

The following week, the pain returned, and this time, Peart decided to act.

"While on my veranda, I felt a severe pain in my side, and I said to my son, 'no, this pain is not real, I have to go to the doctor'," said Peart.

She did a few tests, but the doctor told Peart that she could not find the cause of the pain. Peart was then referred to a hospital for more tests.

"The doctor there told me that I would be sent to do other tests at a laboratory because they, too, were uncertain as to what was causing the problem," testified Peart.

She noted that she went to the laboratory and had tests done before going back to the hospital that same afternoon.

As soon as the doctor saw the results, Peart was ordered to be placed on a stretcher and to avoid excessive movement.

"He told me that I ruptured my spleen and it had drained into my abdomen, forming clots. He said, 'Right now, if you make a sudden move, all of those clots could just move block your artery, and you could be a dead person immediately'," she said.

Peart said that despite the news, she just kept smiling.

"In my heart, I was praying. I said, 'God, I can't do anything about this. I just leave everything in your hands'," she said.

Peart testified that when you know the Lord, sometimes you need not worry about such things.

"When I was about to go into the theatre to do the surgery, I said, 'Jesus, take the surgery. Take my life and let it be consecrated Lord to Thee'. I left it in His hands. It was only a week or so after I did the surgery and was at home that I realised the severity of what I had gone through," she said.