Cheers to the Cup: Kane is the man! - Many believe the footballer could bring England to World Cup final 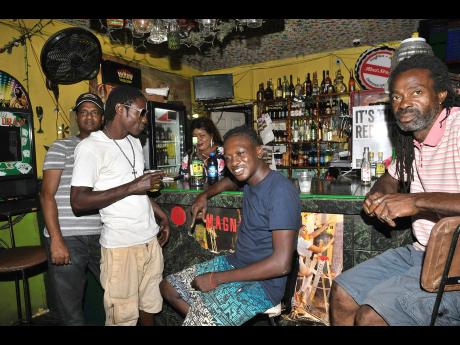 Football lovers at Solly's Bar in Portmore were in a good mood during the match. 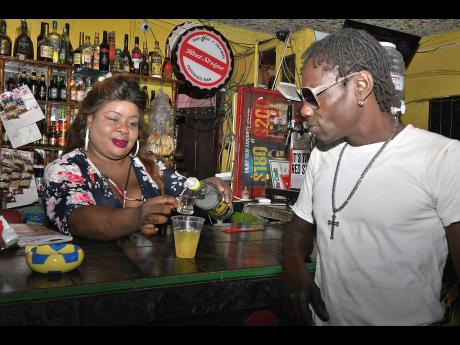 Shawna was all smiles while serving a customer. 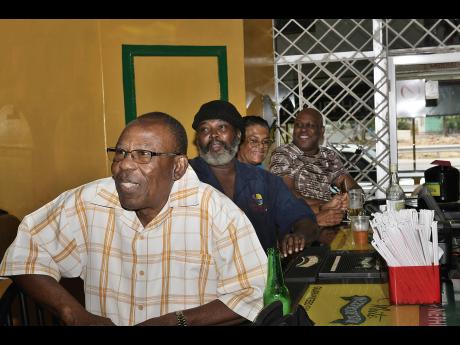 These men were very attentive during yesterday's game. 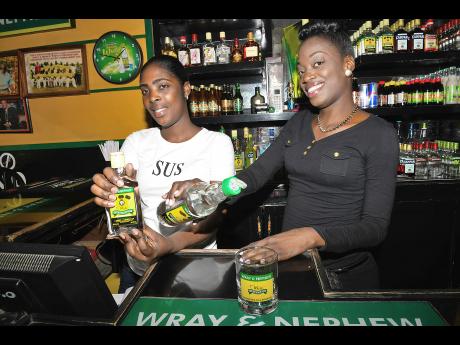 As the match between England and Panama came to an end, bartenders Andrea Heslop (left) and Simone Dewar were the only persons left at Ken's Wildflower in Portmore yesterday.
1
2
3
4

On a day when the World Cup favourites were inactive, Harry Kane was the highlight of the day with a hat-trick as England beat Panama 6-1 yesterday.

The win put England atop Group G, ahead of Belgium, who have maximum six points from two games, and many are of the belief that Kane, the World Cup's leading scorer with five goals, is good enough to lead the English to at least the World Cup final.

This was the sentiment patrons had when THE STAR went to Solly's Bar in Passagefort, St Catherine. Although the full house was tuned in to watch Colombia play Poland, many persons said that they were impressed with Kane and England's start to the World Cup and believe the Tottenham striker has what it takes to lead England to the top.

Mark, a Spain supporter, said that England looked impressive in destroying Panama, and tipped Kane to lead them to the final.

"England look progressive like them can tek it. Mi rate Harry Kane, a good balla. He is a upsetta and with him anything is possible. Time has changed and anyone can win the World Cup. But mi a watch them (England) because they have nuff Jamaicans like (Raheem) Sterling and (Daniel) Sturridge, so mi rate England team and they have a balla like Hurricane (Harry Kane), who can carry them," he said.

Similarly, Brenton Lopez, a Brazilian fan, believes that with Kane, England have a very good chance of going deep into the tournament.

"It (6-1) was an impressive result. He (Kane) is the second player to score a hat-trick in the World Cup Christie (Christiano Ronaldo) also did. But he (Kane) has a more solid team than Portugal, so we expected him to do that (score)," he reasoned.

German fan Lance added that Kane is a cut above the rest.

"England performance (against Panama) was good. It was a really exceptional game. Kane is a hat-trick player, a standout player. He is a cut above the rest and he can carry England all the way.