Lifestyle & Food: Ibo keeps it ital with his 'sip' 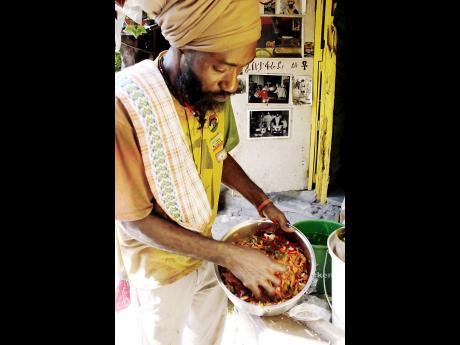 Ibo Spice prepares a mixture of beetroot, carrot and greens. 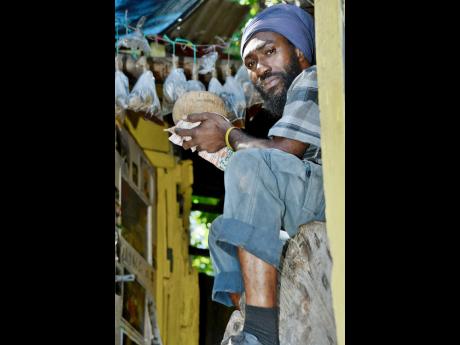 Ibo enjoys a bit of his 'sip'. 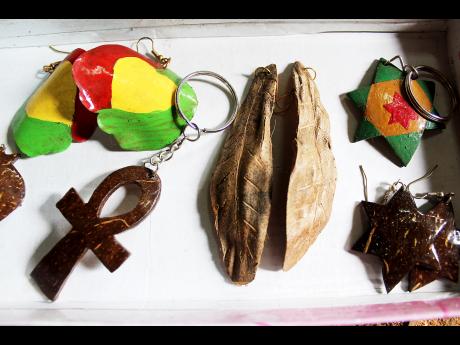 Coconut husk and painted fish scale earrings made by Ibo. 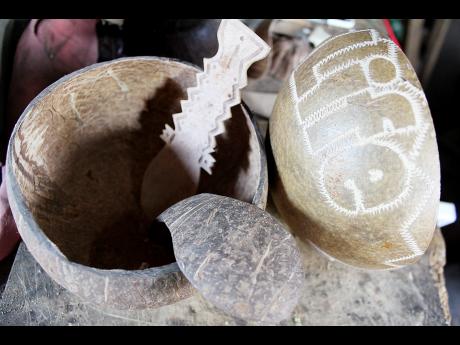 Utensils made out of coconut and calabash. 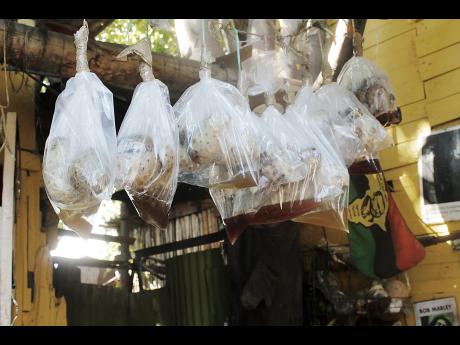 Noni being fermented for a medicinal drink. 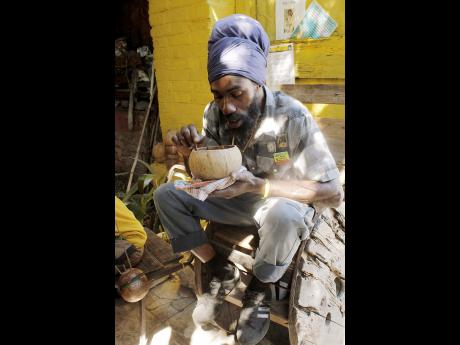 Ibo enjoys a bowl of a special ital sip. 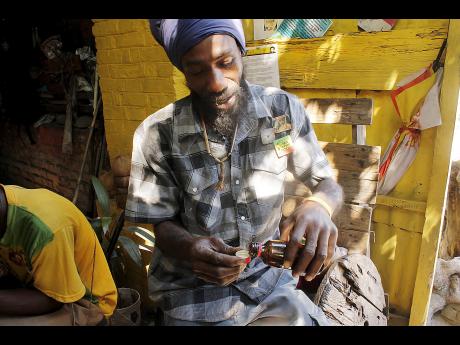 Ibo pours a blend of bitters. 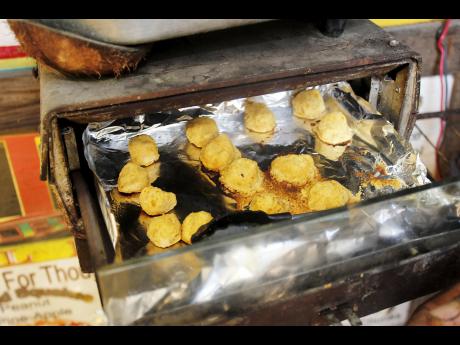 Ital is certainly vital at Ibo Spice Portal in downtown Kingston, and this was very evident when THE STAR visited the establishment recently.

The proprietor, Ibo, was seen enjoying his special 'sip', which is a blend of lentils, carrots and spices. But sometimes, Ibo says the sip could be a gungo peas and broad bean mix, or have red peas and peanut. Soups tend to be made in stock and are thicker, though not as filling as Ibo's recipe.

On Sundays, the sip is replaced by peanut porridge.

For Ibo, being vegan is not a trend or something that he started doing recently.

The importance of having a healthy lifestyle and consuming natural foods is preached by Ibo. The spices he uses are not packaged but home-grown for the most part or come from a trusted source. Vegetables, spinach and callaloo are also grown by Ibo.

"Most of these are being sprayed with insecticides and sometimes you eat them raw," Ibo said.

Although he is Jamaican, food from every corner of the globe is represented at Ibo Spice Portal. Ibo, who grew up on the Orange Street (Beat Street), found an interest in the cultures of, not only African heritage, but countries of the Middle East, India and Asia.

According to him, all the ingredients are either grown or come from the source instead of packaged curry powder, turmeric root is grounded to make it.

"Yuh know Falafel?" Ibo asks as he shows a tray of round baked dumplings made from grounded chick peas and beans. Falafel, which originated in Egypt, is served by itself or as a starch with a meal.

And persons can choose from a wide range of items on the 'I-nu' on a daily basis, as the Ibo Spice Portal on Orange Street in Kingston is open from Sunday to Sunday.

Rice and meat kinds that including fish are not on the I-nu. Boiled food, dasheen, cocoa, crushed Irish potatoes or St Vincent (white) yam and turn cornmeal with a bean mixture make up the starch and protein content.

"Rice not good for you, it builds up the mucus inside the body and that brings disease. Fish may have mercury and the world's waters are getting polluted by nuclear wastes," said Ibo, who also makes the utensils from coconut shell or calabash.

While food is the focus, Natural juice and medicinal bitters made from roots and noni are also available.

"It is good to drink noni to rejuvenate the body. Seven days after the bitters rough up the cells, the noni will go caress and kiss them," he said.