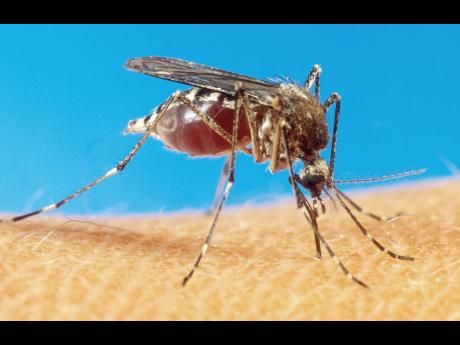 The Clarendon health authority says there is no need to worry about a possible dengue outbreak following last month's hospitalisation of popular artiste Barrington Levy, who contracted the virus in the parish.

Daddy Biggs, chief executive officer of Platinum Camp Records, to which Levy is signed, had called for the health authorities to take action against a possible outbreak after the artiste fell ill.

However, Dr Kimberly Scarlett Campbell, medical officer of health for Clarendon, told THE STAR that isolated instances of the virus are not cause for concern.

"One or two cases is not a surprise to me. Dengue is endemic to Jamaica, so we will always have sporadic cases throughout the year. It's a vector-borne disease, so once you have the vector (aedes aegypti mosquito) around, there will always be cases," she said.

However, the doctor noted that there was usually a spike in the number of suspected cases during drought periods such as the one that was facing the island.

"During these periods, there is additional storage of water at home. If not covered properly, it may facilitate mosquito breeding in and around the home, which is the niche of the aedes aegypti mosquito," she said.

The doctor is urging the public to protect itself against the virus by checking for and destroying possible breeding sites, as well as properly covering water containers.

Dengue is a debilitating viral disease of the tropics that causes sudden fever and acute pains in the joints. There is no cure for the disease.