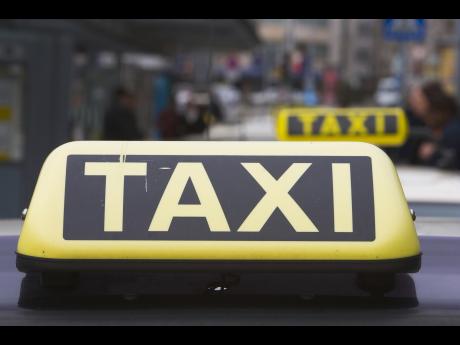 Some taxi drivers have complained that they are being pressured to support parties put on by police promoters in the areas where they operate.

The cabbies said many of them have no choice but to support the police promoters efforts, as the cops will, in turn, not give them a hard time on the road. "When dem a keep dance, the taxi stand move to where the dance a keep to how yuh see taxi man line up," a taxi driver told THE STAR. "A man know wah will happen if you nuh show up and mek a man see yuh."

Another cabbie said it is an unwritten 'rule' to support the sessions. "It set a way when them a keep things, but some a we just show support cause yuh done know how da supm deh go ... weh yuh know bout pressure?" he asked laughing."

Another cabbie says he supports the police because most are good cops who also allow promoters to earn a living. "No matter how you want to look at it, a police we affi work with so dance things can run smooth," he said.

Checks by THE STAR uncovered that a number of police personnel are involved in party promotions.

One policeman, based in St Andrew North, told THE STAR that he keeps regular events in the area he works, so as to socialise with the members of the community. When asked if persons are forced to support his parties, he said, "I don't have to force anybody to come ... I support some of the events so they give me back their support."

When asked if a specific group, namely taxi operators, are victimised if they don't attend, the officer laugh at the idea and said, "If a man don't support the event that is fine with me ..."

The other policeman, who works in the St Andrew South Division, said: "A police mek dance gwan or mek it nuh gwan; I don't hold any big stick over the people, but they know I support them in anyway. I can, so the same is expected," he said. "People know say nothing nah really gwan inna police work so from a man can use other legal means to earn a dollar we will, and some people sympathise with that and you find that they support yuh."

Meanwhile, checks with the divisional commanders within the two aforementioned police divisions revealed that officers who are promoters have to comply with the relevant documentation before permits are granted.