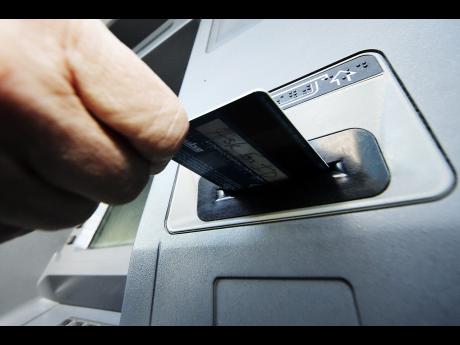 Police have launched an investigation after thieves apparently attempted to bomb an Automated Teller Machine (ATM) on Duke Street in Kingston on Saturday.

The police's Bomb Squad had to be called in after two car batteries and a gas cylinder were seen hooked up to the machine about 7 a.m.

The Kingston Central police say they will be combing through surveillance cameras and interviewing bank workers as they seek to determine the perpetrator(s) responsible for the bomb scare.

THE STAR understands that the police are treating the situation very seriously as grave danger could have struck had it not been discovered.

The police say they should arrive at something conclusive by today following a series of interviews with employees of the bank and others from the area.

Superintendent Micheal Scott, head of the division, told THE STAR, "We will be interviewing staff at the bank as well, we want to determine if someone wanted to blast the ATM so they could get money."

THE STAR gathered that the police were summoned after unsuspecting persons who went to use the ATM, were left in shock and fear after seeing two car batteries and a gas cylinder hooked up to the machine).

Police said the bomb squad removed two 12-volt batteries, length of wires and a gas cylinder from the scene.

Eyewitnesses say that the wires from this makeshift device were attached to the ATM machine. The area had to be cordoned off so that the bomb experts could carry out their function.