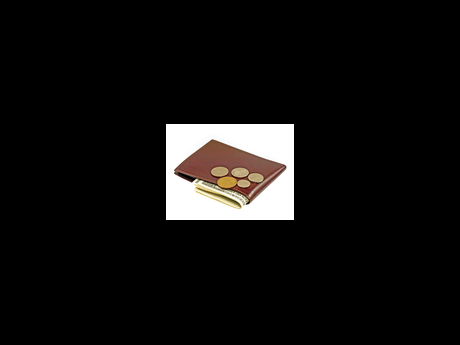 A policeman, who allegedly assaulted a vendor because she refused to return $6,200 that was loaned to her by the lawman some six years ago, will have to stand trial in the matter next month.

Yesterday when the matter was called up in the Corporate Area Resident Magistrate's Court, the complainant told the court that the accused, Bartlett 'Benji' Scott, was a policeman.

He is charged with assault and malicious destruction of property.

He told the court that he simply held on to the complainant's elbow when she allegedly made reference to his wife, but he denied destroying an igloo for which the malicious charge was laid.

The complainant said, "I owe him and I didn't have the money. Him grab mi up and burst mi brassiere, and then him hit mi in my head side. I don't want nothing from him cause him a policeman and mi know him; mi just want back mi igloo."

Scott told the court, "Your honour, is over six years now she have mi money. We call her aunti. So mi ask her why she nuh waan give mi the money. She say because mi a beg her p.... . So I said don't get my wife into this."

Senior Resident Magistrate Judith Pusey, in an attempt to quell and possibly dismiss the matter, asked the complainant to pay Scott what she owed him and asked the accused to apologise, but he sternly refused.

The complainant told the court, "Your honour, I going to pay him back. My son died, and I spent up all the money, and I don't have any money right now."

But Scott responded saying, "Your honour, I will not apologise because I didn't destroy any igloo. I would apologise only for holding her."

This stance did not go down well with RM Pusey.

The matter was then sent to trial on February 22.

A fingerprint order was also made against Scott.