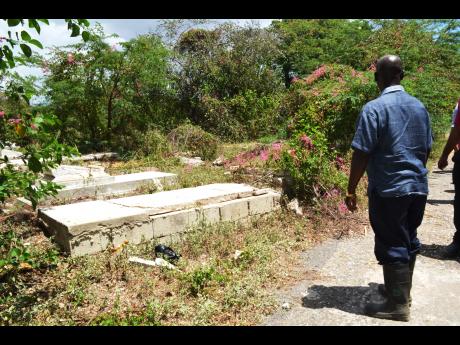 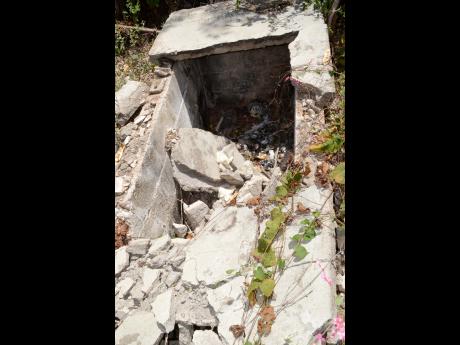 Errol Crosby Photo An open grave at the May Pen Cemetery. 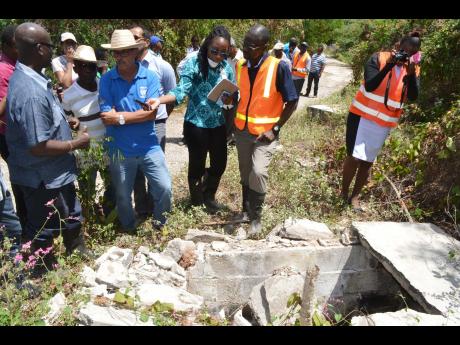 File Desmond McKenzie (left), Local Government and Community Development Minister, members of the United Nations Office for Project Services, and others on tour of the May Pen Cemetery in Kingston last week. 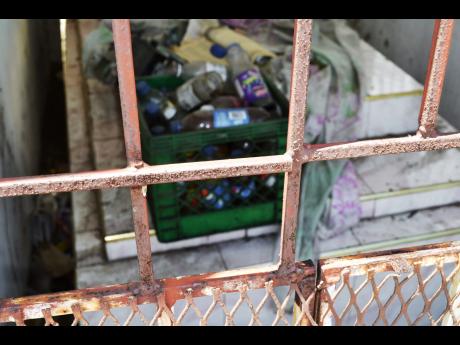 Errol Crosby Photo Old bottles can be seen in this crate that was placed on a grave in the May Pen Cemetery.
1
2
3
4

Residents of at least two western Kingston communities say they welcome the news of renovation which is to be undertaken on the May Pen Cemetery in Kingston.

Local Government and Community Development Minister, Desmond McKenzie, recently made the announcement that there are plans for the renovation.

Yesterday, residents of Christopher Road and Tivoli Gardens, which are situated in proximity to the cemetery, welcomed the renovation, saying good things will come of it.

Brown said: "The area needs lighting too and proper fencing. A bare family bury over there, and dem must feel good fi know the place a go clean up. It's been years."

Over in Tivoli Gardens, the sentiments were the same.

An elderly resident told our news team, "No problem from a upliftment, dem fi maintain it as well and it will provide a little employment."

Another resident added that "When the money is granted, I hope dem don't shift it to somewhere else and for some other project. Let the process be transparent."

There was one resident, however, who said: "More time a tricks in trade. Dem a go clean it up and raise the price fi burial, but dem fi mek it affordable."

McKenzie believes the renovation will encourage and facilitate increased use of the over 200-acre property, of which 130 acres have been utilised for burials.

He told journalists during a tour of the cemetery last Thursday that the renovation included restoration of graves which have been vandalised. He said the work, which will be carried out in collaboration with the Public Health Department, will include repairs to the perimeter fence and access to roads and general landscaping.

"It is an eyesore when you pass it (along) Spanish Town Road," the minister said.