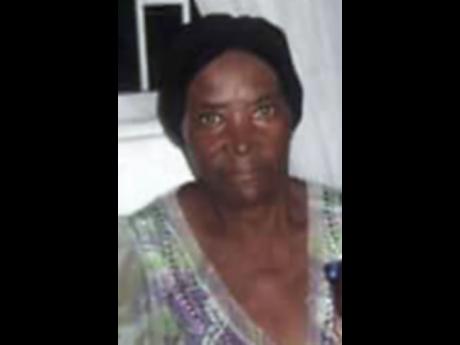 Relatives and friends of Joyce Gomez are struggling to come to grips with the sudden loss of the senior citizen who was murdered in Falmouth, Trelawny, allegedly by a man of unsound mind, yesterday.

Police said that Gomez, 72, who lived at Wakeland Drive, was chopped several times by Damone Williams, 21, who is believed to be of unsound mind.

Gomez died on the steps of the post office, where she worked as messenger.

It was the second fatal attack that was committed by a person of unsound mind in the western parish.

In October, another man, said to be of unsound mind, attacked and killed Tepton Walters, 70, as he was mending a fence at home in Hague.

The police told The Star that during the attack, the accused, Rayon Tomlinson, used a machete to completely sever the head of Walters.

Yesterday, Pamela Perry, the second of Joyce Gomez's three children, described her as a good woman and mother who never deserved the terrible end she suffered.

"She was loved by everyone," a grieving Perry said.

An early-to-rise woman, persons in Falmouth said Gomez could be heard singing on her way to the post office in the mornings.

"Probably if she was not an early person, she might not have been killed," Perry said.

Gomez's sister, Jenulee, described her as kind-hearted and loving of all, including other people's children, to whom she would give sweets and biscuits from her little stall, which she operated just outside the Methodist clinic on Georges Street.

"She cared for everyone and would inquire about the welfare of all of us," Jenulee said as she fought back the tears.

Gomez's pastor, the Reverend Junior Rutty, described her as the star of the show at the Agape Christian Fellowship in Falmouth.

"She was a most devoted Christian who loved her pastor. Before establishing my own church, I pastored another one. When I decided to go on my own, she was among the first to come with me. This giant of a Christian would not allow anything to stop her from attending church. Recently, when heavy rains fell and caused flooding in the area, she was among the first to be at church," Rutty said.

"She was willing to brave any weather to ensure she was in church to worship her God enthusiastically. I would be willing to be among the first ones leading a demonstration against this kind of wickedness affecting our society," Rutty said.

Pauline Walden, a neighbour of the deceased, remembers Gomez as a woman who was always singing. She also knows Williams, the man who is accused of taking her life. She said that it was only recently that he began to show signs of mental illness.

"He would be talking to himself and showed signs that made me uncomfortable around him. I wonder what could have caused him to go mad," she said.