The health system failed us - Family angry after man dies 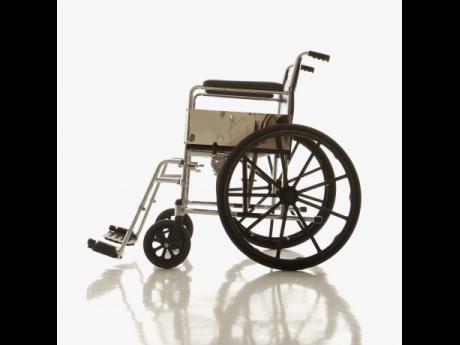 "The health system failed us, and we do not wish this on anyone. Our father died before his time because he not given the proper health care," Andrea Williams said, crying.

Williams' father died approximately two hours after being transferred to the University Hospital of the West Indies (UHWI) from another medical institution in rural Jamaica early Friday morning. His death came less than two days after Williams reached out to THE STAR and stated that she was blaming the hospital for her father's worsening health.

Between tears Williams and her younger sister said that they knew their father would eventually die but believed he could have lived longer if he wasn't neglected by hospital staff.

The former policeman was admitted to the hospital after complaining of severe stomach pains on July 31. He was diagnosed with colon cancer and a heart condition. He later contracted pneumonia and other infections.

According to the Williams, their father would still be alive if the request for a transfer was granted when they had asked for it several days before his death.

She said that on the day her father's story was published in THE STAR she got a call from a doctor who explained to her that they didn't get through with a transfer because no bed was available. However, less than an hour later she was told that they had gotten a bed and a transfer would be possible.

"My stepmother later told me that she received a call that they had gotten a bed and that they were going to make the necessary arrangements and then call her. The next morning my brother text to tell me that our father was transferred, and I was shocked because we were never notified when it was being done. We had no idea which of the ICU's he was at UHWI," she said.

The woman said that she was told that the transfer was to be done several hours earlier but no ambulance was available.

"Again I asked why wasn't the family informed because we would have paid for a private ambulance for our father. All this time, I didn't even know that daddy had already passed away. About twenty minutes later I got another call that daddy was dead right when I was preparing to visit him. I didn't even get a chance to say goodbye. UHWI was trying to get in touch with the family but the other hospital had given them a wrong number," she said.

Williams said the medical team told her that her father had three massive heart attacks and was barely clinging to life when he got to the UHWI.

She added that although their family is in mourning they are hoping that their voice will prevent other families from suffering the same fate.

"Yes, our hospitals lack resources, but there are staff in them who lack empathy. They are cold so that makes the situation worse," Williams told THE STAR.