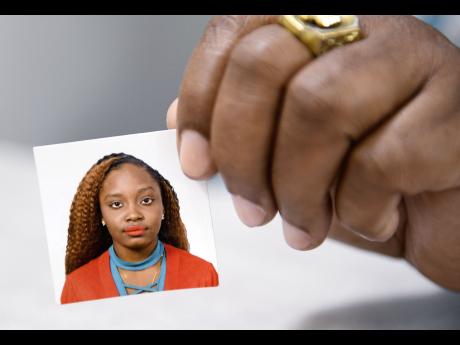 It has been four agonising years since Joy Brown's* only son was robbed and killed. The memories are still fresh in her mind, and now the distraught mother is hoping that her daughter, who has been missing for four months, hasn't suffered the same fate.

Between tears, Brown told THE STAR that she last saw and spoke to her 20-year-old daughter, Ashley 'Sparkle' Berry, on May 3. The following day, she tried to contact her daughter, but her phone rang without an answer. This, she said, was unlike her daughter who would usually keep her up to date each day.

"The next day someone answered her phone and just hang up, so I instantly thought someone must have stolen it. When I tried to call it, a straight voicemail it a go until now," she said.

Brown said that after she reported her daughter missing to the police, she began to search high and low for her.

An officer at the Bridgport Police Station confirmed the report, and told THE STAR that the matter is still being investigated.

Brown explained that she also made checks with the relatives who Berry was staying with and they told her that her daughter had left to purchase weave to attend a party.

"Every time I go where she would hang out, me hear the same story say dem nuh see her about three or four months now. And all a dem a say them nuh hear from her no time. Me really a wonder what happen because Sparkles did inna round robin, so me a wonder if dem never curious when dem see she nuh come pay," she said.

Brown said that she even visited a hair store in the Portmore Plaza to enquire if any of the clerks have seen the 20-year-old.

"The worker dem say she did come buy the hair fi true, she and a next girl, but a months now them nuh see back any a them. I don't know her friend, but she had called her from my phone some months ago. But when me call her phone, a bare voicemail me a get too," she said.

"Me pressure lick me down bad the other day. Me can't sleep a night time. Sometimes, people tell me say me a worry too much and a say a just four months. But four months too long. Me can't cope. Me lose me son, and me nuh wah lose me daughter too. Me don't know what else to do or say. Me just want Sparkles to come home. Anybody have me daughter, just send her home please because me can't take it," she said.