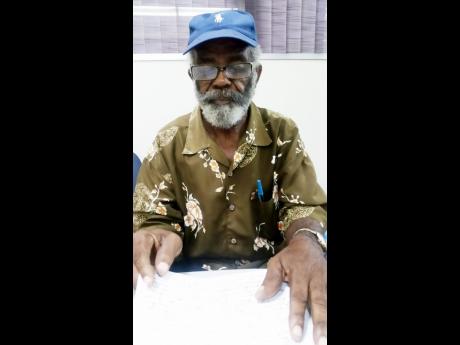 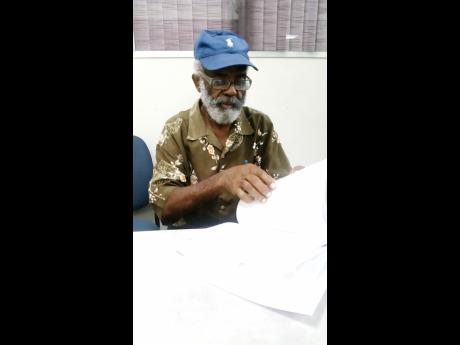 Burchell Melbourne shows his copies of his correspondence with the National Water Commission.
1
2

St Thomas resident Burchell Melbourne said he has been facing an uphill battle with the National Water Commission (NWC) for the past two months.

The 69-year-old said shortly after he purchased a property in Shady Springs in the parish, his water supply was disconnected and he was told that the address was owing little more than J$200,000.

"When the man come to cut the water, I explained that I was the new owner and he should give me until the following day to go to Water Commission to clear it up, and he said okay. But shortly after when I went to shower, I realised that he had returned and cut it," he said.

Melbourne said the following day that he visited the parish branch and found that both accounts associated with the property had a total of $205.775.67.

"I bought the property from Charles Clarke and the water bill comes in the name of Derrick Clarke and Otis Hamilton. When I even made checks in the community and even go by Tax Administration office, there is no one in that name. The property is in the person's name that I purchased the land from. I will not pay over $200,000 for water I did not use," he said.

Melbourne showed THE STAR copies of the letters between himself and the NWC. In one of them, the utility company said that their investigations revealed that there is an inactive account on their system for Otis Hamilton, who is known to be the previous owner of the property.

The letter also stated that a disconnection team visited the property on July 30, and found an illegal connection that was subsequently disconnected.

"I have lived at the said address for four months so what I really owe them is a little over $2,000 because the estimated amount per month is little over $500. It's unfair that I am without water because I refused to pay a bill that I have nothing to do with. It's really unfair ... worst it's not even who I purchased the land from owe it. They need to find who owe the bill and give me a new meter," he said.

Among the letters Melbourne showed was one from Calvert Robinson, customer relations officer for the NWC in St Thomas.

In that letter, he stated that the company is willing to enter in a payment arrangement with a view to settling the outstanding balance and have the water supply restored.

The letter said the account would then be transferred in Melbourne's name after the balance is settled.