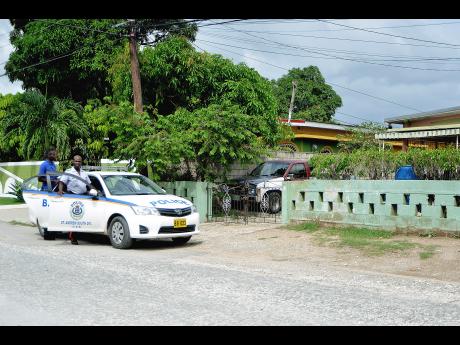 Kenyon Hemans/ Photographer Yesterday cops were parked outside the house where Melissa Edwards-Whyte was killed. 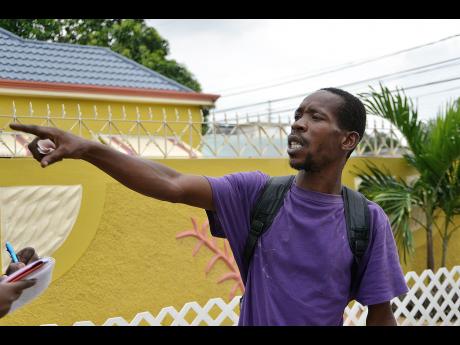 Farmbrook Avenue in Patrick City is still blanketed with gloom, as the residents are still shaken over the brutal murder of one of their own.

Last Saturday, woman district constable Melissa Edwards-Whyte was found chopped to death at her home. Her husband, Barrington Whyte, who was listed as a person of interest, turned himself over to the police yesterday.

When THE STAR team visited the community yesterday, Patrick City resident Dean Gallimore said that he may have heard the argument that eventually led to the policewoman's demise.

"Mi pass and a hear she a say: 'Why you do mi dis'. But him (her husband) never did a answer her. Me kinda did slow down, but because dem always a style the youth dem and a say dem a teef on the road, me see somebody a come and walk weh. Me really did see him car park on a next avenue, so it look like him have it all planned out," he said.

He added that from the outside it would appear that the pair was a loving couple, but stated that the relationship may have been rocky behind closed doors.

Among the few persons who spoke to THE STAR about the district constable was her neighbour, who described the cop as a warm-hearted individual.

"No one ever thought something like this would happen here. She was a nice person, and I saw her on Saturday as she was headed home from church. She was such a sweet person, and I never knew it was the last time I would be seeing her alive," the neighbour said.