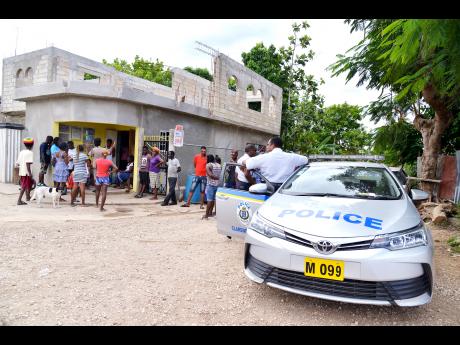 Canaan Heights in Clarendon was the scene of a deadly attack last Friday.

Canaan Heights resident Jack Johnson* thinks it will take more than social interventions to turn things around in the Clarendon community.

For the past few years, the community has also been the beneficiary of several social intervention programmes aimed at improving the quality of life of the residents.

When quizzed on the effectiveness of the programmes, Johnson was sceptical, as he said there are some people in the community that are beyond redemption.

"A nuh everybody certain tings help, cause you have people wid different mindset. Mi a tradesman and a go pon site long time, from mi a likkle bwoy, so a whey you put yuh mind to," he told CENTRAL STAR.

Johnson said there are some youth who have already made up their minds that they are not going to work, and will be living by the gun, and no matter what programmes come their way, their views won't be shifted.

Although Johnson is longing for the peace to be restored in the community, he said he is being realistic when he said that not everyone will be redeemed.