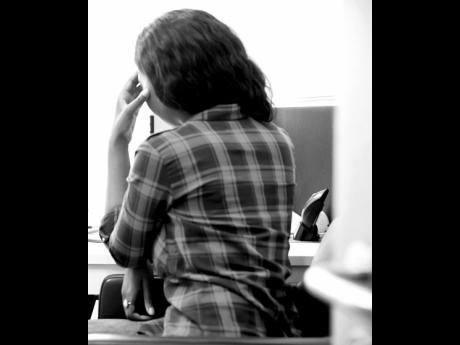 Following the circulation of a video showing the body of 29-year-old Nordia Markland hanging from a beam at her house, her sister Petergaye is asking people to cease and desist from sharing it.

In an hour-long Facebook Live post, she charged that people should have used the time to ensure that her sister's children were taken care of because of the emotional trauma that they are enduring.

“On top of it yuh there cussing her how she a wicked coolie gyal. No one take in consideration seh the same video yuh a mek you a go send it out and it a go circulate and it's gonna come back to her children, 12 years from now, 20 years from now?” she said. “Why unuh never tek the pickney dem and carry dem to unuh house and talk to dem? Why unuh couldn’t call CDA and get somebody to counsel di dem.”

She said that her sister was depressed because after the death of her father, she had to bury a cousin shortly after.

Petergaye said that as a person who went through depression as well, she said that people are too quick to criticise and lack love.

She thanked those who sent their prayers and love, and said that people should not be quick to judge because they were not aware of what her sister was going through.

In her post, Petergaye mentioned that the rumours about why Markland took her life are not true and people should know the facts before they start talking.

She asked people to continue praying for her family as they took this time to grieve. She said the constant sharing of the video is not helping the family heal.

Markland was found dead last Saturday at around 4 a.m. at her home on Shannon Lloyd Crescent in Clarendon.

The Corporate Communications Unit said that there were no violent marks seen on her body.