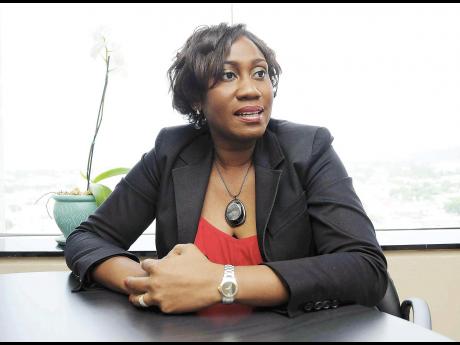 A video of a young boy 'daggering' an adult female at an event has drawn the ire of Children's Advocate Diahann Gordon Harrison, who says the dancehall space is not conducive for young children because of its sexual nature.

"Different people like different things, and while it is known that dancehall is a strong part of Jamaica's culture, it is a fact that aspects of it may be very sexually suggestive or even violent. As with all things, not everything is appropriate for children to be exposed to," she said.

She said that parents need to supervise their children more because exposure to sexual and violent acts too early may have negative effects on them. She said while the Childcare and Protection Act permits children to work if they have artistic abilities, she does not believe that this form of performance qualifies to be part of that exemption.

"Daggering would not qualify as artistic," she said.

In the videos that have been making the rounds on social media, the child, who seems to be no older than 12 years old, can be seen 'daggering' women, while the crowd cheers him on.

In one video, he is seen lifting a woman, who is at least twice his size. He then places her against the wall where he again dances with her in a sexual manner to the approval of his audience.

Although the boy was being lauded by the crowd, selector Boom Boom said: "This is not a part of Jamaican culture, and it is a disrespect to dancehall."

He insists that persons under 18 years old should not be in the dancehall space.

"From you under the age, no party. Being in a party and a behave like adults is very disrespectful to dancehall, and any selector weh uphold with this behaviour is disrespecting dancehall," he said.

"Mi need him (child) fi stop and tek up him book. You have children parties, enuh, but that is different from the dancehall space," Boom Boom added.

As a way to help minimise the number of underage children who venture into the dancehall space, Gordon Harrison believes that persons need to check the identification of the patrons before they enter events.

"I believe that promoters of dances, as well as those persons who work at the gates, etc, have a responsibility as to who is permitted into their parties. It is not unusual for clubs to ask for a person's ID upon entry, and this could be done at a dance as well. High exposure of children to these aspects of dancehall may have us appear to be a loose and permissive society that exposes its children to inappropriate environments," she said.