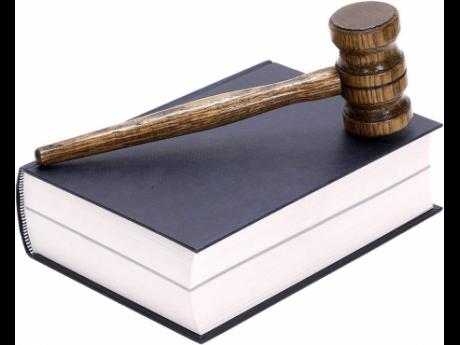 A St James man who allegedly stoned another man’s car and punched the owner in his mouth will stand trial in the St James Parish Court on May 3.

Adajio Anderson, of a Black Shop address in the parish, appeared in court last Thursday to answer to the charges of malicious destruction of property and unlawful wounding.

It is alleged that sometime last year, the complainant was travelling along the Black Shop roadway when Anderson, who was standing in the middle of the road, flung stones at the complainant’s car and damaged two of the car doors.

The complainant got out of the vehicle and an argument ensued. During the brawl, it is said that Anderson punched the complainant in his mouth, causing it to bleed.

When the case was mentioned last Thursday, Judge Sandria Wong-Small was told that on a previous occasion, the case was sent to mediation and the complainant had requested compensation, as the injury had allegedly caused him to lose his hearing.

However, the court was told that an audiologist medical certificate had not stated whether the complainant’s hearing loss was in fact attributed to the injury he had sustained.

It was also disclosed that the complainant was not willing to accept what Anderson was offering as compensation.

Consequently, Wong-Small set the case for trial on May 3 and extended Anderson’s bail to that date.