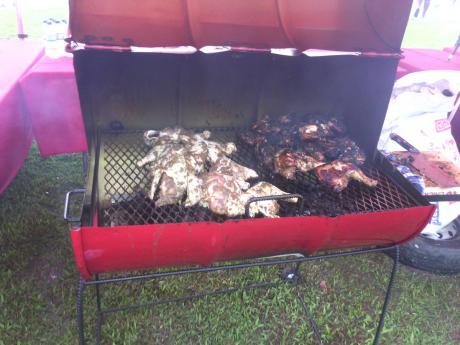 A Trelawny man who allegedly destroyed a woman’s jerk pan and fought with police officers who tried to arrest him has been given until July 4 to secure a lawyer.

Roland Martin, of a Hague address, is charged with malicious destruction of property, unlawful wounding and resisting arrest. He was given the new date and had his bail extended when he appeared in the Trelawny Parish Court in Falmouth last Wednesday.

The allegations are that on April 18, at approximately 5:30 p.m., the complainant was driving along the Hague main road, when upon reaching the bar she operates, she saw Martin pulling down her jerk pan and breaking off one of the legs.

The police were summoned, and Martin was taken to the Falmouth Police Station. At the station, he reportedly behaved boisterously, resisted attempts to take him to the holding area, and fought with policemen, resulting in one cop getting cut on the elbow.

“Do you have a lawyer?” Judge Ruth Lawrence asked Martin, after the allegations were outlined.

“How long do you need to get a lawyer?” asked Lawrence.

The court was also told that the medical certificate for the injured officer was outstanding, but that it had already been applied for by the prosecution.