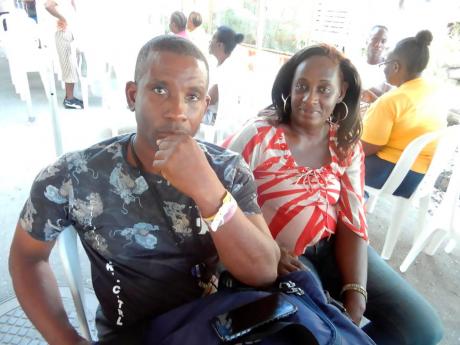 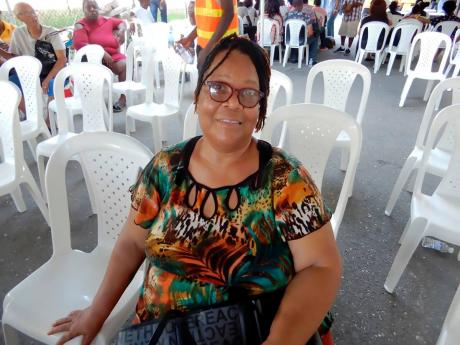 Yesterday, dozens of persons turned up at Sabina Park to seek medical attention from the crew of the US Navy Hospital Ship USNS Comfort (T-AH 20).

The turnout was not as expected and this could be as a result of a voice note that has been in circulation, warning Jamaicans to stay away from the medical ship, whose aim they claimed was to 'kill off black people'.

No voice messages, however, could prevent Marlene Malcolm from checking her dental health, as she stated that she was relieved to have a tooth filled.

In addition, she stated that the medical team had also attended to other illnesses.

"I got lots of vitamin and medication and I am back today (yesterday) to get my teeth cleaned," she said.

"If is so I am going to dead, well mi have to go dead 99 time. My neighbour was supposed to come but she change her mind because she heard the voice note. I even carried my granddaughter with me Sunday and she gone a school today (yesterday). This is not the first time the ship came here and I didn't see anyone dying. And furthermore, there are a lot of black doctors here so I don't know why they are saying it's white people want to kill off black folks," she said.

Yesterday, Health Minister Dr Christopher Tufton said that Jamaicans should have no fear in visiting the medical ship, while stating that the negative message being circulated is not only erroneous, but also unfortunate.

A short distance away from Malcolm, Lawerence Smellie sat with his bags packed and was set to go aboard the medical ship to have his left eye scraped.

He said that he had heard about the ship from a nurse at the Kingston Public Hospital.

This is the ship's third visit to the island, and more than 10,000 persons received medical care in the previous missions.

Basic medical services will also be provided at walk-in sites at Sabina Park and the Greater Portmore Health Centre.

The sites will operate from 8 a.m. to 4 p.m. each day on a first-come, first-serve basis. The ship will leave on November 1.