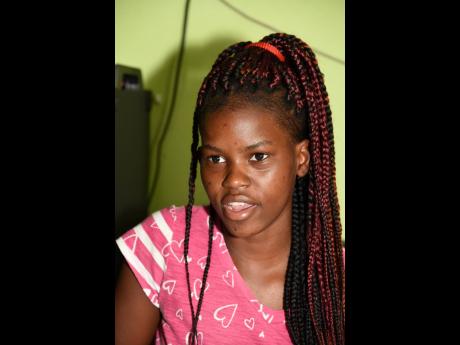 Misha Dennie is adamant that she has nothing to do with baby Nyyear’s kidnapping. 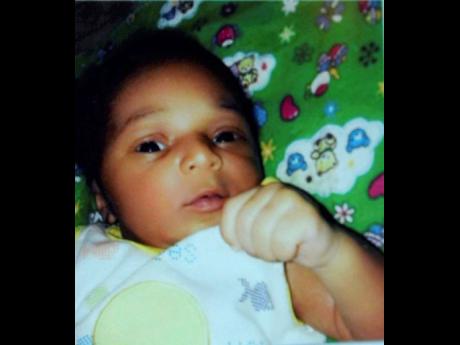 When Aaliah Wray pleaded in THE STAR with her baby boy's abductors to return him, many social media users suggested that the other young mother who introduced her to a woman promising baby supplies was involved.

However, the woman in question, Misha Dennie, has refuted those claims.

Wray's son, Nyyear Frank, was snatched from her arms along Rousseau Road in St Andrew on October 13.

Dennie said that like Wray, I was also supposed to meet a woman she met online, who gave her name as Shannakay, who promised to give them baby clothes.

Speaking from her home in Kingston yesterday, Dennie, 17, said she was just trying to help when she introduced Wray to Shannakay.

Dennie, who has a seven-month-old daughter, said she also met Wray on Instagram last December where she gave her prenatal tips.

"We began communicating often online and I even told her what she needed to bring to the clinic and so on. I even followed her to do ultrasound," said Dennie.

She said that after they exchanged numbers, Wray expressed that she was having financial difficulties.

A few days later, Shannakay posted on gossip site Pinkwall that she had some baby clothes and other items giving away.

"She stated that her baby had already outgrown the stuff, so I commented under the post that I have a friend who was in need of them. On September the 24th, the female that made the post on Pinkwall texted me and asked how I would get the stuff. I told her she could drop them off by my home and Aaliah would pick them up from me," she said.

Dennie said that Shannakay began having regular conversations with her and Wray and even said that she worked at the Ministry of Health and had a $30,000 voucher to give to Dennie.

Dennie said that Shannakay also planned to meet them in Half-Way Tree on October 11 to deliver the items.

"We were both there with our babies and Shannakay had told us that she would send a taxi for us so she could drop off the things at our home. There was one particular taxi that kept beeping but I didn't pay it any mind. We were there waiting on Shannakay for hours at Clock Tower Plaza but she never showed up and we left," she said.

According to the teenager, Shannakay told her that she would meet them after church that Sunday and stated that she was going to meet Wray first because her church was close to Cross Roads.

Though expressing sympathy for Wray, Dennie said she told her not to carry the baby to meet the woman.

"She told me that the lady wanted to see the baby. Mi even go as far as ask her how she going to collect grocery and baby clothes and carry baby," she said. "I would never set her up and let anyone take her child."