Have you seen Ieshia Vassell? 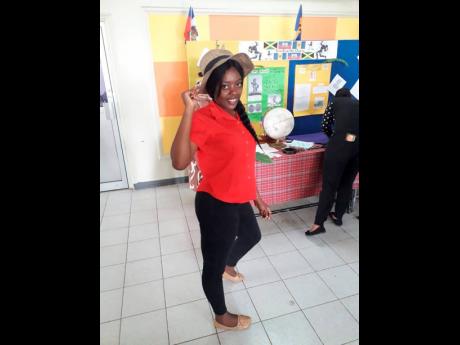 NCU student Ieshia Vassell has been missing for the past six months.

It has been approximately six months since Savon Aikens last saw and spoke to her daughter, Ieshia Vassell.

The 22-year-old Northern Caribbean University (NCU) student was last seen going into a car on April 27 in Balaclava, St Elizabeth.

Aikens told THE STAR that the past six months have been extremely difficult, as she often spends sleepless nights wondering about her daughter's whereabouts.

"This is not like my daughter to just leave her family like that. My daughter always contacts me no matter what. I really don't know what happen to her, but life has been very rough without her. I am trying to cope, as my mother and sister always give me words of encouragement. I just want to get back my Ieshia," she said.

Aikens said she last saw her daughter at her nephew's home in Castleton in the parish.

"The following morning I spoke with her over the phone and she told me she was begging me $1,000 and I told her that I didn't have any money, but that my babyfather was going to send me some money," she said. Vassell was to pick up the money, but never showed.

"I called her about 9:37 a.m. and ask her if she not going to pick up the money, and she said she soon go do it, but she was going to Mandeville first. At two hours later, I text her and I realised that the message was just one tick, and I have been calling her phone since that day and up to now I never hear from her again," Aikens added.

The distressed mother said that someone told her that her daughter went into a private motor vehicle with two men inside.

"He told me that it didn't looked like she was forced into the car because she went inside willingly. She has a lot of friends, but I don't know some of them, so I really have no idea whose car she went into. But all I know is my daughter didn't just leave her family like that. She didn't even attend classes and that is not like her," she said.

An officer at the Black River Police Station confirmed the incident and stated that investigations are ongoing.