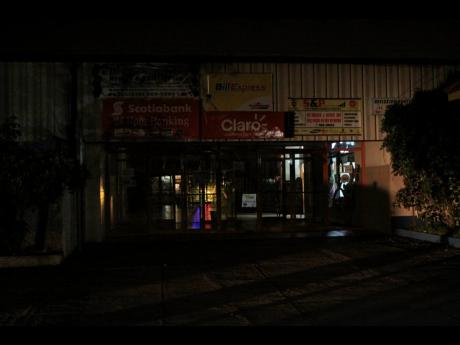 Sections of the island were plunged into darkness last night as the Jamaica Public Service said it was unable to provide power for the entire country due to a generation shortfall. The lights were out for more than three hours in some places, but for one self-described 'prophetess', this is only the tip of the iceberg.

Kerry-Ann Gidden, who lives in the United Kingdom, said that God appeared to her in a vision and told her that he will cover the land with darkness.

"The sun and the moon will be hidden and the darkness will take control. A lot of persons will not take this warning seriously but I know what I was told and I delivered the message.

According to Gidden, she is imploring persons not to look outside during the gloom period as they will be overcome by supernatural forces. She stated that the apocalyptic event is similar to the one spoken about in the New Testament and the air shall be infected with demons who will appear in all sorts of hideous forms.

"If you are home, you need to block out your windows because you are going to be tempted to look outside. If you are in the car, just don't open the door. Persons who don't take heed will be attacked demonically and what they are going to see, they will not be able to handle it," she said.

Gidden added that Jamaica will also be faced with a massive natural disaster.

An earthquake will trigger a tsunami and hundreds of lives will be lost. God is displeased with the people of Jamaica, so he is going to shake things up a bit," she said.

But upon hearing about Gidden's proclamation, Pastor Jerome Hancel of the Gravel Ground Independent Baptist Church in Clarendon laughed before stating that he finds it rather peculiar that the Almighty would speak to her alone about the darkness and disaster.

"Why is she alone God speaks with. God would have sent confirmation through a lot of other people so it can reach the four corners of the Earth. People will go to their beds at nights and get a dream and then say it's God who gives them a warning. I don't buy into stuff like this at all. We and God are not into any malice that he would use someone from the United Kingdom to pass on this message to us," he said.

"I will decree and declare that no darkness will cover this Earth or any demons will take over the world for three days. God is not a God of confusion and he will speak to someone in Jamaica as well about the earthquake and not someone all the way in the UK. We will continue to pray against these things and will send it back to the sender in Jesus name," he said.