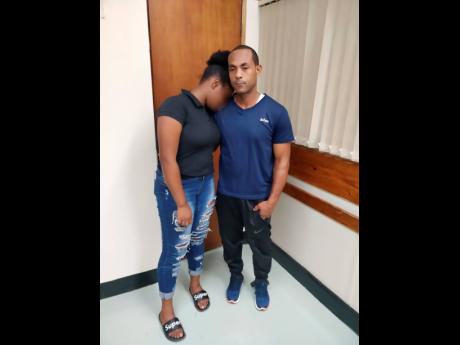 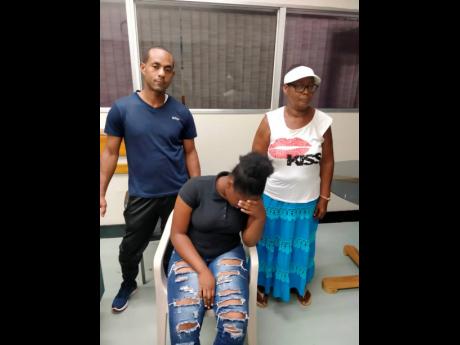 The teen’s grandmother, Veronica Ingram, and her father Conroy Hall say she fears for her life if she returns to school.
1
2

Alena Campbell, mother of the teenager who was badly beaten by a group of Charlemont High School students, says she will be withdrawing her daughter from the institution and will be homeschooling her for the rest of the year.

"My daughter is terrified and traumatised that she will be attacked once again. I will get her a tutor at home so she can focus on her CXC in a comfortable environment," she told THE STAR.

Campbell also lashed out at Charlemont's principal Garth Gayle, for denying that her daughter lost consciousness after she was attacked.

Yesterday, Gayle told THE STAR that he was aware of the brawl, but was unaware that she had lost consciousness. He also stated that as far as he knows, the child had no major injuries.

Campbell is adamant that the principal had no business commenting on the matter, since he did not speak directly to any family member.

"He has not reached out to me or my daughter's father. They had told my mom that she should attend a meeting at the school on Friday and when she went, it was a waste of her time because only she alone turned up for the meeting. Up to this day, the principal has not contacted us to say anything. The only persons who took an interest in the matter was the vice principal and another teacher," she said.

Campbell added that staff members and police officers confirmed that her daughter was unconscious after suffering blows from the other students.

"The police also confirmed it and told me that they could not take her statement on the day of the incident because she was unconscious. My daughter woke up in the Linstead hospital and had no memory of how she got there so why is the principal denying this?" she said.

Yesterday, when the teenager along with her father and grandmother visited THE STAR offices, she grimaced in pain and walked with a slight limp.

Her grandmother, Veronica Ingram, stated that the youngster was referred to the eye clinic at Kingston Public Hospital after she complained of fogginess and pain.

"I am in pain up to now and I am not seeing clearly. I never had any altercation with the girls who attacked me. I had got moody on one of my friends that afternoon and the vice principal spoke to us. When we were in the office, there was a brawl outside with my other friends and a next set of girls. The vice principal prayed for us and we all did a group hug so I didn't know that we would be attacked when we were going home," the young girl said.