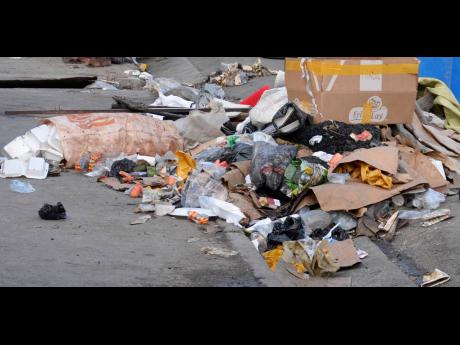 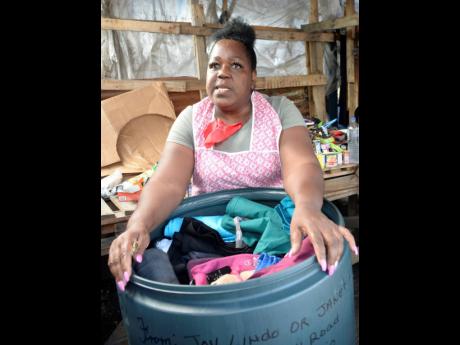 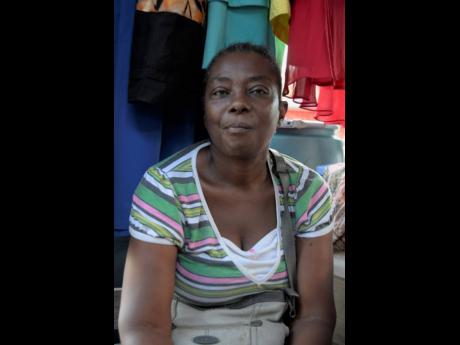 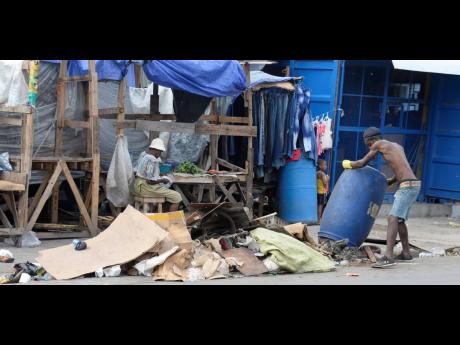 Imagine going to work, sitting in a pile of garbage and having to endure a pungent odour for hours on end.

That's the reality for vendors on West Queen Street in downtown Kingston as garbage is always dumped close to where they sell. They also blame fish vendors who also ply their trade in proximity to them. They are outraged at the condition of the space they pay to vend in.

From the foul scent daily to the insects and rodents that roam the area, they are adamant that something needs to be done soon.

Joy Lindo has been vending in the area for five years. She told THE STAR that the environment has been chasing away customers as nobody wants to subject themselves to such a stench.

"It affects my business because people don't want to stop to buy nothing. The smell is unbelievable. So, if they could just clean up the place and put a 'No Dumping' sign, that would be great. Or find one of those big blue containers so they can go and dump the garbage because that's bad for people to take in," she said.

Moneymaking prospects aside, the environment is a threat to good health and wellness.

"We have to think about our health too much ... there's poo, there's a rat, there are fish guts, flies, there's all kinda stuff. I don't live here, but when I come I have to undertake all that stinkiness. I think it's about time for the Government to think about people health," she said. "We have to be buying bleach powder and throw it in there to keep down the scent. I guess no politician lives there, they not passing it, they not walking here so they don't know. And I don't have any choice ... I have to eat right here."

Carol Kennedy, 59, says enduring all of that daily is like fighting a losing battle.

"We are tired of it. It mek yuh feel sick and mek yuh feel bad and all choke yuh and all these things! I don't think it's fair that they have the people selling the fish over there, then they come and throw the rubbish here. That's what we go through every day!" she said with utter disgust.

Kennedy suggests that fish vendors be relocated to the fish market.

"They must get these fish people off the road and put them in the fish market because dem a stink up di place here suh. And customers don't want to come and buy ... they corking up dem nose cause it smells really bad," she said.

Moreen Thompson admitted to THE STAR that garbage trucks visit the area, but that's not enough. "Dem really clean it enuh, but it stink first. And when it stink, it really stink. Yuh caa eat, yuh caa breathe ... we sick enuh, we have sinus! We need a better way of disposing the garbage. The place rat-infested."