SOEs are watered down, useless – Adams 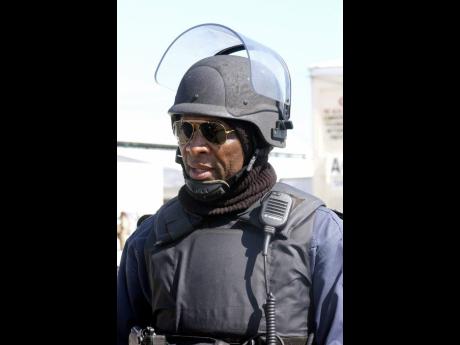 Reneto Adams, former senior superintendent of police has described the states of emergency (SOE) in Jamaica as ‘watered down’ and ‘ineffective.’

For Adams, the SOEs are not doing what they were initially designed to do and are therefore pointless in curtailing crime.

“A watered down state of emergency is not desirable because it cannot be effective. It is a high degree of military action that is required … It is almost the final solution to sedition and insurrection and a coup, an attempt to overthrow the Government by criminal elements. This is why a state of emergency was talked about in the constitution,” the ex-police man told THE WEEKEND STAR.

Despite a two per cent increase in the country’s homicide rate when compared to the similar period in 2018, Prime Minister Andrew Holness, in a recent parliamentary sitting, insisted that the states of emergency (SOE), have been effective in reducing crimes, and in particular murders.

But for Adams, SOEs are unwarranted, since proper policing would be able to effectively quell the upsurge of crime.

“A state of emergency is only necessary when civil society, the police force or the Government cannot effectively manage a situation. It’s like yuh using antibiotics on a very simple illness. If they do effective policing, the police can manage crime, but that is not the case existing. This can only happen if the police is given the necessary authority and resources, with a strong judicial system,” he said.

Holness, at a recent press conference, again championed the effectiveness of SOEs, stating that the Government has been “very strategic and very deliberate” in its work to curb criminal activity in the country, particularly murders.

Adams, however, appears to be of a different view.

“There should be total control as it relates to the movement of people and the searching of people. If people are allowed to go through as they like, drive through as they like, do as they like in a state of emergency now, then it cannot be effective. It’s not a good reason to use it to fight crime. When they use state of emergency, they can only implement about 25 per cent of what it calls for.” … I don’t see where we have reached any stage yet where the Government doesn’t have control over crime. They don’t reach that stage yet, they have control but they don’t have the will to deal with it! That is the problem,” he said.