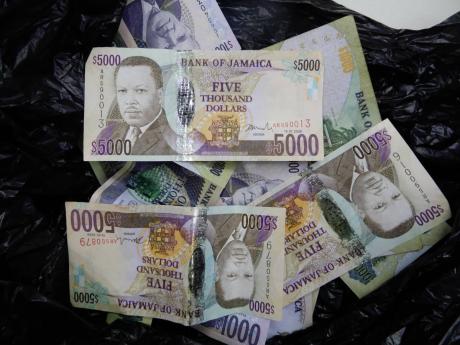 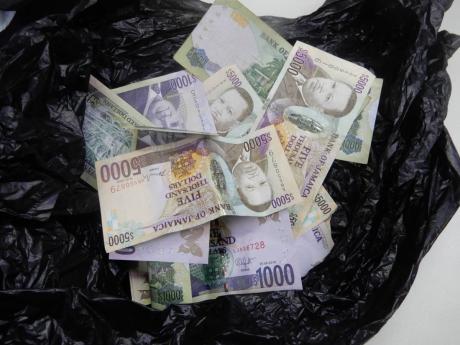 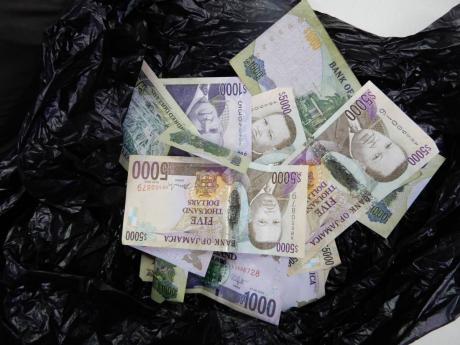 'A gift from God' is how 'Blacktooth', a taxi driver who plies the Waltham Park route, described finding a bag in his car with $100,000.

Blacktooth told THE STAR that he is no stranger to finding bags, etc. in his car, but this is the first time he won't be making any effort to return the lost goods.

"Me seh God smile pon me! God gimme a blessing cause him know seh it rough, me have it rough. It did shakey bad. Mi see $100,000 pon me back seat a wait pon me inna di Christmas yah. Just siddung a wait fi me come spend it. A God lef it pon me seat ... . Big up yuh self God!" he said with a smile.

The 41-year-old taxi driver, who moonlights as a barber, said he initially thought the bag was filled with garbage. He is adamant that it is God who gave him the revelation to open the bag to find the riches.

"Right ya now me a go give di landlord a money and go buy a new mattress dung a Courts. Christmas cake and sorrel pon table Christmas morning and ting. Me done work bout 7 o'clock and a glimpse me glimpse something round pon the back seat. So me go check it. Is a matie bag me see hitch up in a di corner. Probably if smaddy else did open di door, it wudda drop out. If me did run road fi another minute, smaddy else would a probably get it"

He has no idea where or at what point the bag was left in the taxi, but he's certain of one thing; he won't be giving it up.

But while 'Blacktooth is already celebrating his 'early Christmas gift', Alexander Shaw, a lawyer told THE STAR he can find himself in legal trouble under the larceny by finding act.

"If it is that he can reasonably find the owner, he can actually get in problem for keeping the funds. What he should try and do is contact all persons. He could do so by actually reporting to the police that he found some money. He can get in problems if he fails to take certain steps," the lawyer said.