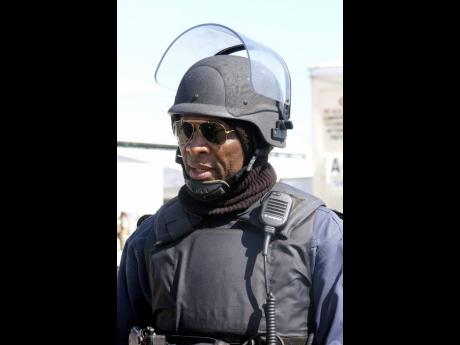 Retired Senior Superintendent of Police Reneto Adams said that the experience as a crime-fighter has shown that domestic killings often result from a man's ego being bruised.

"A man or woman placed into a situation, after having invested fully in their partner ... that includes love, trust, commitment and loyalty, sees it as a reproach and people will kill," Adams said.

"Men don't see it as a payment for the woman's actions, but they see it as a reproach on his masculinity. And to that extent, these things are happening," he added.

The issue of domestic killings has once again been put into focus following at least three such murders since the start of the year. Adams, while not commenting on any of the killings, said his experience has taught him that many men lose their heads when their partners violate their trust.

"To have come home one day or one night to see whether it's your wife, girlfriend, husband or boyfriend in a compromising position with another person, what comes up in the individual's mind is a total betrayal, bordering on self-defence. Not in the sense that the person was attacking you, but a total assault on every fibre of your body - your integrity, self esteem, everything where you find yourself being victimised," the feared crime-fighter said.

The ex-policeman believes that within that split second, having found out that their partner is unfaithful, many people don't respond in a rational and civilised way.

"The brain moves from a normal reaction to an aggressive and violent reaction," he reasoned.

"Economically, some men can only afford one woman. And they have worked themselves off to develop, promote, highlight and educate the woman above their own status. To have that woman come and say you're not on her status is like you have been struck by a heavy bolt of lightning."

"I'm not saying these things are right ... but my research when I was in the police force and developing on what I've seen over the years. This is also a result, especially in cases where women and men have taken outside people into their partners' homes. Their sanctuary!

However, during Parliament last week Wednesday, some of the House of Representatives expressed outrage over the killings.

"These killings reinforce the need for more sensitisation on the ground as to why there is no excuse for abuse. We have to continue building more safe spaces for women so they can safely transition to normalcy on fleeing toxic relationships," argued Olivia 'Babsy' Grange, minister of gender.

Alando Terrelonge, minister of state in the ministry of education, emphasised that there is 'toxic masculinity' in Jamaica that is not being dealt with.