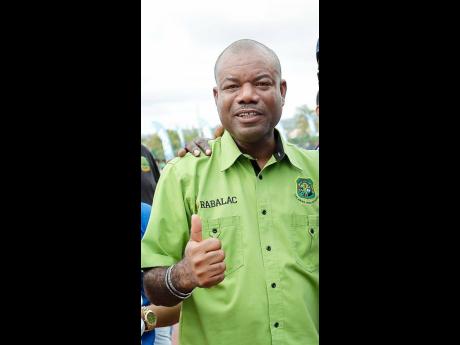 Troy Chambers, teacher of Calabar High School, is scheduled to appear in the Gun Court today after he was arrested last week by the Elletson Road Police Station in Kingston last Thursday.

Chambers, 38, was arrested following his attempts to impersonate a police officer while armed with an illegal firearm.

His home was later searched and 58 rounds of ammunition, 33 spent casings, and one firearm licence with the name 'Carl Samuels' were found.

Chambers was charged with illegal possession of firearm and ammunition as well as impersonating a police officer.

Albert Corcho, principal of Calabar High School, told THE STAR that the school is allowing the police to conduct their investigation.

"We are not doing an investigation. The investigation is for the police ... it's a police matter. We just have to wait and see what the results are in relation to that investigation and based on that, we take it from there. The actions of anyone can affect the school, whether negatively or positively. I think this case is a little different because it's a matter for the police," he said.

Corcho added, however, that the school has not been affected.

"He has been a very good teacher for us and a resource person for the ministry over the years. It has not affected the school at all. We are fully functional and we have put plans in place already to cover the classes for Mr Chambers. We will continue to do that," he said.

Chambers has been working at Calabar for approximately 15 years.

"He's pretty good. He is involved in the teaching of theatre arts ... one of those subjects that have always allowed us to get good exam results," he said. "In addition to that, he also does work for the ministry, so from time to time, the ministry would write to me, asking for us to give him time off, so he can go and do his work in terms of training teachers or marking SBAs."