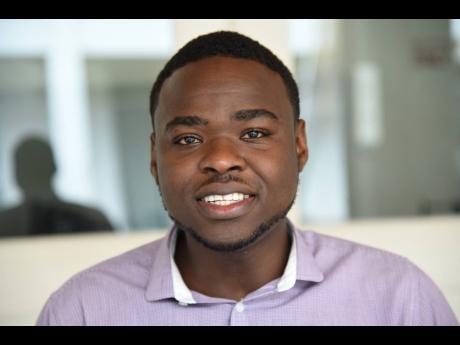 Rayvon Stewart, a student at the University of Technology, who created a device that is efficient in killing more than 99.9 per cent of deadly pathogens. 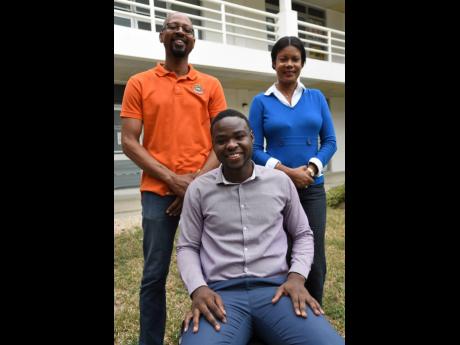 Five years ago when Jamaica was rocked by the so-called 'dead baby saga' brought on by the death of more than 20 newborns in hospitals due to the presence of a deadly bacteria, a then 20-year old Rayvon Stewart sprang into action.

The youngster, who hails from the rural district of Prospect in Portland, developed a piece of technology called XERMOSOL, which has proven critical in fighting the lethal bacteria, klebsiella, that was identified in the hospitals.

The innovation uses ultraviolet light to target and specifically kill harmful microorganisms and it was found to kill more than 99.9 per cent of deadly pathogens.

"It can be placed on any door knob, it sanitises itself, leaving the surface clean for the other person who touches. So when you touch the door knob, your hand is being placed directly on the device," Stewart, a final year computer science student at the University of Technology told THE STAR. XERMOSOL has been useful in fighting organisms such as MRSA, E-coli and the influenza virus, H1N1.

Fast-forward to 2020 and the world is reeling from the effects of the novel coronavirus - COVID-19, which has claimed more than 42,100 lives around the world, infected in excess of 857,000 persons, and brought economies to their knees.

The new coronavirus is a respiratory virus and spreads primarily through droplets generated when an infected person coughs or sneezes. These droplets land on surfaces and are normally picked up by persons and transferred to places such as countertops and door knobs.

Patricia Scotland, secretary-general of the Commonwealth, highlighted Stewert's invention and the positive contribution it might have on humanity during this crisis.

"The potential impact of Rayvon's invention could now be even more important than when he first conceived it, as the world battles the frightening COVID-19 pandemic, which has infected more than 200,000 people worldwide and killed 5,000 in a matter of a few short months," she said.

Stewart told THE STAR that he is more than grateful for the recognition he got from the Commonwealth Secretary General.

"I was elated, words honestly can't express how I felt about it. I've been working hard for a long time with my support team, and we've been putting in and it feels good to be recognised," he said.

Stewart said that the device is currently being used in a pilot by the University Hospital of the West Indies to determine its effectiveness to fight against COVID-19.

The 25-yearold told THE STAR that his humble beginnings is the catalyst behind his drive for success.

"I'm from a small community in Blue Mountains called Prospect, I grew up in a relatively poor family. Starting university was very difficult, financially, but eventually I got through it and here I am now," he said.

As Stewart spoke about how tedious it was to have his invention come to fruition, he gave special credit to his team members, Andre Craig, Kevoy Smith and Kirkland Rowe, the other forces behind the immaculate invention.

Stewart, reassured that the marathon continues as he prepares to defend humanity against deadly viruses.

"I'm still working on more devices to help humanity with the fight against diseases and save that which is most important," he said.