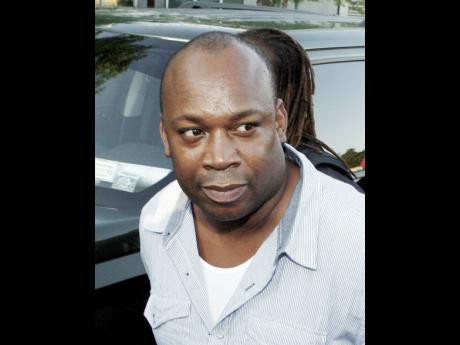 It's been a decade since Christopher 'Dudus' Coke, leader of the infamous Shower Posse, was extradited as per the request of US authorities.

Former Commissioner of Police Owen Ellington, said that the Shower Posse, otherwise called Presidential Click, had a stockpile of firepower that made it a significant threat to the State.

Testifying in the Commission of Enquiry into the 2010 Tivoli incursion to apprehend Coke, Ellington said that police intelligence showed the gang had compiled an arsenal of deadly weapons following a 2001 confrontation between thugs in western Kingston and security forces in Tivoli Gardens.

Ellington testified that with the high level of organisation and investment in high-powered firearms, the gang "made it a non-traditional, insurgency level" threat to the State's authority.

But some residents of Tivoli Gardens still believe that the incarceration of Coke destroyed the unity in the community.

"Dem extraditing Dudus left a hole in Tivoli. Not just Tivoli, too, all a west [Kingston]. You know how much things that man did a stop from happening? All a dis segregation in the place is because dem tek weh the president! Is not no prime minister or politician keep the order inna west Kingston, a Dudus," one resident told THE WEEKEND STAR. "Since there is no respected leader, everybody a try dem own thing and a cause chaos."

One woman said Coke was her only source of justice after her 17-year-old daughter was raped in the community.

"Back in 2006, when some waste yute raped my daughter, is that man (Coke) give me the justice weh me did need. Him alone. Police look pon me and my daughter and tell we seh me nuh have nuh proof ..., when my daughter violated and in a pain," she said. "A Dudus take things in a him own hands and make some bwoy pay fi wah dem do to my daughter. Dudus alone! So all dem did a gwaan like seh him donship was a bad thing, but dem focus pon the bad and bury all a the good. So now, a nuff rape a gwaan, and nothing nah come out a it, and dat a grieve me heart. Di yute dem nuh know dem self ... . No order nuh in a di place."

One mother of five is positive that had Coke been present, she would have been in a better situation.

"Right now, wid da COVID thing yah, nuff a we in a TG (Tivoli Gardens) woulda set. When a election time, politicians send people fi make sure we vote, but fi collect the little free money, we affi in a line fi hours and dead fi the money. Politicians nuh care fi ghetto people. Me need some funds right now, and nobody no have my back," she said.