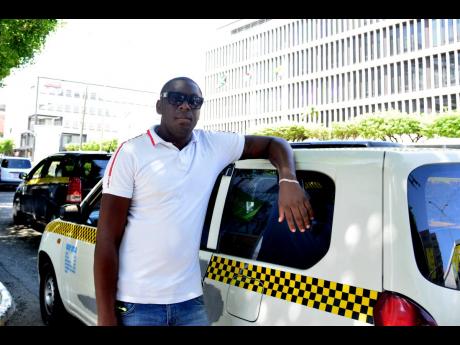 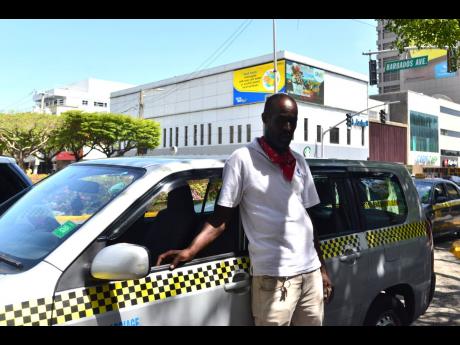 Gary Fipps is hoping that the fortunes of taxi operators will change now that some of the COVID-19 restrictions are lifted. 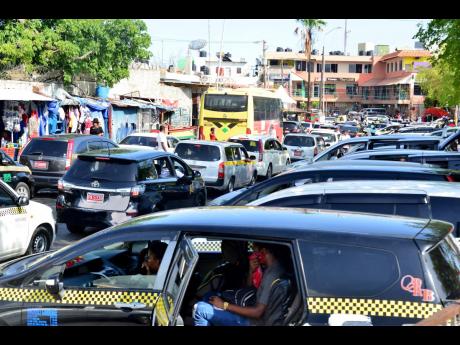 Taxi operators have tooted their horns in agreement with the Jamaican government's decision to loosen the restrictions that were previously imposed. Between June 1 - 14, motor cars registered as public passenger vehicles will now be allowed to carry the number of passengers allowed by their licences, rather than the one less passenger that had previously been ordered.

"Things a guh get better. A just because the people dem nuh come out inaa the full blast, and yuh know seh everybody nuh gone back a work yet. By next week or the other week, we a guh see the difference. We nah go see it right now," Glenton Taylor, a taxi operator in New Kingston told THE STAR.

"A the first day, so me nuh see no difference yet in terms of the people dem who a travel pon the road. The performance weh me see from early this morning, it low. The people dem no out that much so yuh can get a work," he added.

But taxi operators are not only happy about the less stringent measures on them. They also found joy by the government's decision to lift the work-from-home measures.

Gary Fipps, another taxi operator, is hoping this means better days for business.

"That a guh make the thing have more strength inna it. Me glad fi that because even though me a operate the taxi, a somebody taxi so me affi bring in a certain amount for the day. So that is a good start," he said. "When we a carry less, it harder pon we, worse we affi buy back gas and things like that. So me glad seh me can start bring back me full four passengers."

He is hoping that as time progresses, more people will be travelling daily.

"Yuh just a fi hope fi get a work, a dat a the expectation. Regardless of what happen, we affi a expect seh things will better because we want it fi better. So we caah come out with a doubt every day. We wah things fi better and gradually come back to the normal standard of what it used to be."

Meanwhile, a taxi driver in Half-Way Tree said he did not see an impact in his pocket on day one of a reopened economy. "Nothing nuh change today. Hopefully, things look better by the end of the week so we can eat a food," he said.

Prime Minister Andrew Holness said that Jamaica does not have the luxury of keeping its economy closed as the country seeks to manage the coronavirus. He said, however, that restrictions could be reimposed if "our numbers start to rise significantly."

"Our response to the pandemic will continue to be measured and proportionate and evidence based, and situationally appropriate," the prime minister said.