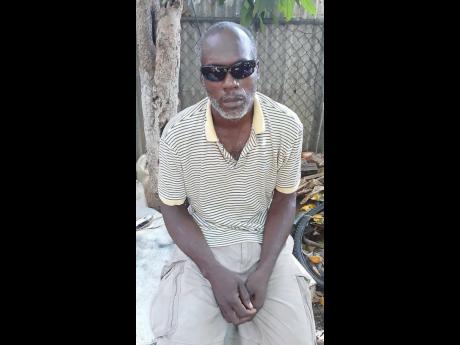 Warren Gray, an ex-con and confessed former 'bad man' is hoping that the relatives of all the people he has hurt can find it in their hearts to forgive him.

"I hope they do ... the Bible say you must confess, so that's why I am doing this. I don't reach out to them, because certain things you cannot go to people and say, and some of the people, I don't know them," he said.

After losing all four of his brothers and one of his sons to 'badness', Gray gave his life to God in 2013.

"I had to change. That is the moment when I realised," he said. "I'm the only one who is left (of the brothers). One hang himself in prison after getting 45 years, one died in front of me after police ambush and kill him. One went away from home almost 20 years, and I don't find him body all now. The last one that died get about 18 shots."

Gray, 50, said his life of crime started after he fell victim to peer pressure.

"I feel awful and ashamed sometime. It bother me. I sit down and tell my kids dem. I have a lot of children ... I have eight at home and others outside. I have a son, who was 24 years old, who even dead by badness," he said.

Gray said that he did various crimes to earn money. In 1989, he got a 15-year sentence for one of them. But after being found guilty, he went on the run.

"Me did run weh and me did wanted by the police. I was up and down ... Montego Bay, Westmoreland, all over," he said.

He was finally captured in 1990. After he was released in 2005, he continued committing crimes.

"Police shoot up car wid me and me nuh get nuh shot. Me go all bout in Jamaica and commit crime and rob and nothing nuh happen to me," he said. But in 2013, he made the life-changing decision.

"Now, people are saying that God has spared me for a reason," he said. "I want to encourage all Jamaican young yutes right now to not do anything out of the way ... to be satisfied with what they have or what their parents can afford. It's better for them and their lives will last longer. Crime don't pay ... they may not be as lucky as me."

Gray now spends his days ministering to the youths of Jamaica, trying to steer them in the right path.