Nothing is selling - ... but vendor wants beaches to remain open 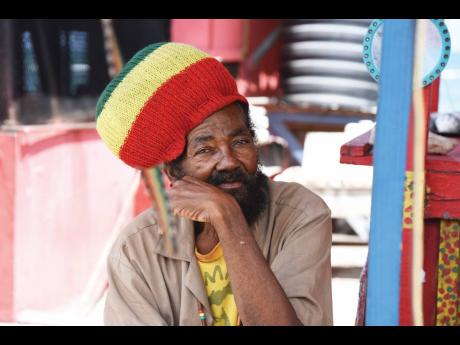 Joseph Bailey says sales are hard to come by at the Hellshire Beach in St Catherine. 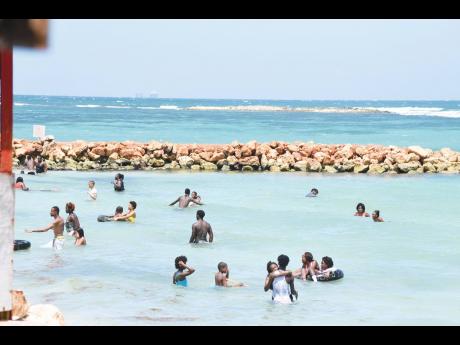 Beachgoers at the Hellshire Beach in St Catherine yesterday.
1
2

Sixty-five-year-old Joseph Bailey, a craft vendor of nine years at the Hellshire Beach in St Catherine, says he has suffered massive economic fallout as a result of COVID-19 which caused the closure of beaches in April.

Bailey said that since the reopening on June 7, he has been trying to close the gap, but it seems to be a futile fight during this pandemic.

"If the beach shut down, me a guh suffer more. I do craft work and if me nuh deh here, or if people nuh come here, I don't eat food. Right now, my business gone down to zero. Over the period of time when the beach was closed because of the virus going around, is like I have to be begging right now. I find myself all a beg a man a $100 and $500 fi buy a food," the Old Hope Road, St Andrew, resident told THE STAR.

Minister of Local Government and Community Development, Desmond McKenzie, is expected to make a statement in Parliament today outlining measures relating to the opening of beaches and rivers.

McKenzie said on Monday that visitors to beaches and rivers were not adhering to the safety protocols being implemented by the Government to minimise the spread of the coronavirus disease (COVID-19).

He said an on-the-ground assessment on the weekend showed that of the facilities surveyed, there was a 91 per cent non-compliance rate.

These protocols include physical distancing of six feet, the wearing of masks, and ensuring that no more than 10 persons at any time gather in one area of these public facilities.

Bailey is among many persons eagerly awaiting McKenzie's statement. He is, however, clear that the last thing he wants to hear is a lockdown of beaches. He has suffered enough.

"I have a lot of goods not selling. I have about $300,000 worth of goods right now that is not selling, and that set me back. So, it's like I'm hopeless. Nothing is selling because nobody not coming in. I have tam, shell, necklace, chain, calabash bag and towel, plate, and no one is buying because enough crowd nuh come here," he said.

Though sales are minimal at present on the beach, he says it would be detrimental if the beaches were to be closed again.

"I don't agree with that. That would be devastating for me. Instead of shutting down the beach, they should have someone out at the gate to make sure that people are alright before they come inside. I don't see where people should just be coming in here by the bundle and we don't know if they are alright," he said.