George Williams to sue State after 50 years in prison 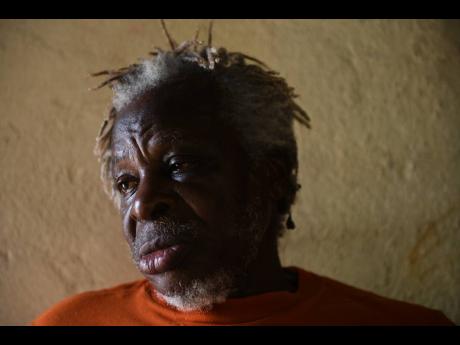 George Williams spent 50 years in prison, without trial, after he was deemed unfit to plead.

Taxpayers could be forced to pay huge sums in compensation to George Williams, the 71-year-old who had spent 50 years in custody without trial.

Williams, who is mentally ill, was facing one count each of murder, malicious destruction of property, and wounding with intent - charges stemming from an incident in 1970. He was arrested and charged with the killing of a Canadian man during a violent attack on the man's family while they drove through his hometown of Ivy district in St Catherine.

The then 20-year-old was declared unfit to plead and remained in custody until his release last month.

Carla Gullotta, executive director of Stand Up For Jamaica, a human rights non-governmental organisation which was instrumental in the release of Williams, said the Jamaican State will be asked to compensate him.

"The Government will have to pay a huge amount of money," she said.

"The amount is according to the law. I didn't do the calculation, but it is millions of dollars. He has a right to compensation. This is on the grounds that he was detained for a time that is longer than the period he was supposed to be detained for. That is 50 years," she said.

Meanwhile, the human rights activist says she met with Commissioner of Corrections Lieutenant Colonel (retired) Gary Rowe, on Monday and he shared a list of persons who have been in custody for a long time, without being tried. She said that her organisation is determined to have those persons released from custody as well.

The list we were shown by the commissioner has people in prison for 35 years, 40 years, et cetera. There are seven persons in prison for 44 years. I'm also looking at ones that are sick. Some of them are not independent any more ... they cannot take care of themselves. I am fully in agreement that the prison is not the right place for them to be."

"There are 146 similar cases to George Williams'.

"None of the various stakeholders have been performing their duties fully. For George Williams, we are applying for compensation.

"The Government will have to pay a huge amount of money. And we will do the same thing for all of them. They deserve to be compensated."