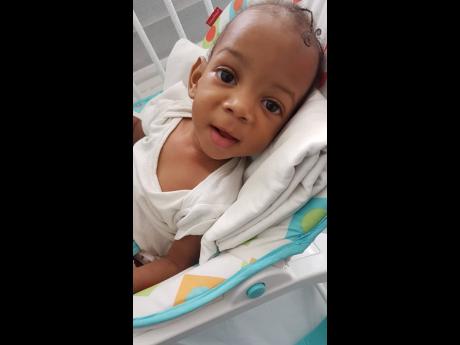 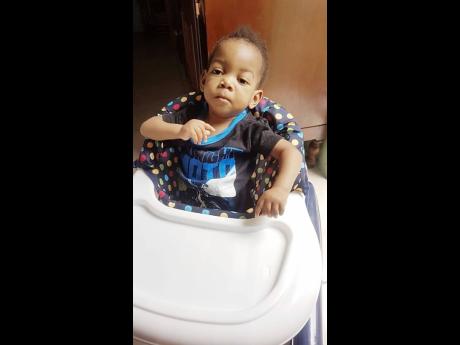 Jayden, who had frequented the University Hospital of the West Indies (UHWI) since he was seven months old, died on Sunday afternoon.

Jayden had been in critical condition at the hospital for the past three weeks, and was desperately in need of a ventilator. However, according to his parents, they were told that there was no available space in the Intensive Care Unit (ICU).

"To be honest, I don't think there are words to explain it right now in my mind, as to what it is like to sit and watch him deteriorating. It's hard for me. It's a bundle of different feelings in one," Clinton Donaldson, Jayden's father told THE STAR.

Donaldson said they were informed of their son's passing on Sunday afternoon.

"We still have to try and find time to clear our minds. It's a lot. I just want to put my son to rest which is this weekend," he said. "I don't like how they handled Jayden's case. Persons kept giving us the run around and now it has gotten to the point where I lost my son. I do not want other parents to be treated this way."

Last Tuesday, Edwards had a meeting with the ICU department at UHWI and said she was told by the unit head that if they saw improvement and a space became available, they would take Jayden.

"They also said his chances of surviving weren't so high, because he kept having respiratory failure," she said.

No updates from the hospital

Last Thursday, she spent her day getting blood donations for the baby.

"Nothing changed ... there were no updates from the hospital but I was still praying for the best," she said. Edwards said they are currently making preparations for Jayden's burial.

"We decided on a day and everything already. The funeral will be this Saturday," she told THE STAR. "I think that he has gone through so much already and he has been suffering for so long and waiting for so long, so I don't want him to be there waiting again," she added, noting that she respects the fight her 'angel' put up despite his circumstances.

Last week, Kevin Allen, CEO for the UHWI, said that while his heart went out to Jayden's family, the ICU did not have enough beds to admit everyone who needed that type of care.

"These are tough times. COVID-19 has caused us to significantly change the way we manage this facility," he said then.

Edwards also said that arrangements had been made with the doctors overseas for Jayden to be treated, and they were only waiting on a letter from the UHWI. But Allen said he had no information on the letter.