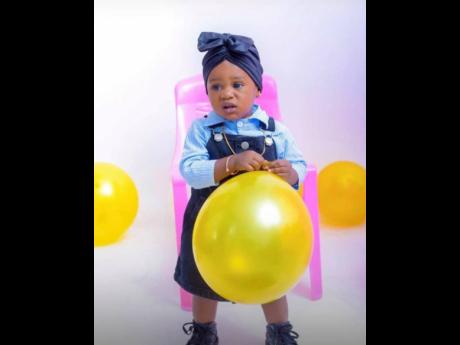 “If me coulda do anything fi bring back the baby life, me woulda do it,” said Joe*, the motorist who hit and killed one-year-old Malaysha Malcolm, on Saturday night on Last Street, Denham Town, Kingston.

The 58-year-old, who lives on the same road in the community, told THE STAR that Malaysha’s mother, Roshana Brown, was like a member of his family.

“I feel a way because the little baby come like me blood! In the early part of her mother’s life, a uncle she (Brown) call me. Even in the vehicle on the way to the hospital she was just saying uncle. Me know her from she a baby. Me feel it man,” he said.

The man says it feels as though fate is playing a cruel game, as he is the one always pushing for safety in the community.

“Me feel it deep, deep. You wouldn’t like fi know how me feel. Fi know seh a me a one of the person in a the community weh always a tell the people dem fi take time wid dem vehicle pon the road. And everybody know me a the slowest driver in a the community. Fi this come happen to me now, it’s rough,” he said.

He says he saw no signs of the baby in the road. He remembers, however, a large gathering along the road and on the sidewalk.

“From me leave off me a toot me horn. People did in a the road and people pon the sidewalk. As me fi pass, me see the flash … me just glimpse the little baby a move. By that time it too late,” he said. “And when me stop and come out a the vehicle, me see har mother have her and a it that. Me carry dem go doctor and me siddung outside pon the sidewalk in disbelief. Me couldn’t do nuh better … a me blood! It’s so unfortunate.”

Joe said that when Brown came out of the hospital crying, he immediately realised what had happened.

“She chuck pon me and a bawl and a hug me up. Me afi a tell her just keep it cool. Then me and her walk go up a the police station go report the matter,” he said.

Joe, who was preparing for his brother’s nine-night at the time of the tragic incident, said he cannot come to grips with the tragedy.

“A less than a 100 metres from where me live. I was just about to pass them. If people neva stand up in a the road at the time and if dem did just a pay the pickney attention we coulda avoid it,” he related.

Joe has been warned for prosecution by the police.