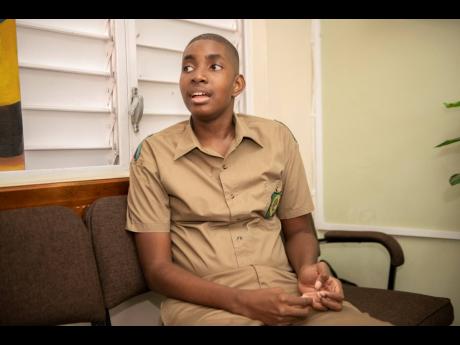 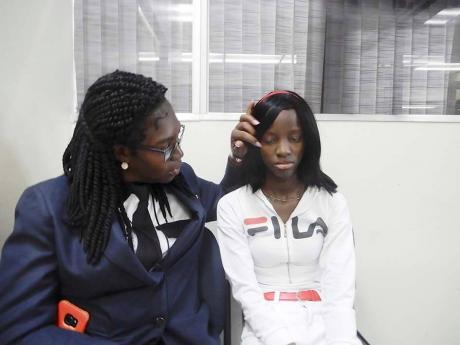 When Renacia Thomas got the devastating news that Calabar student Cornel Grant lost his courageous fight to cancer last Saturday, she refused to accept the cruel fact.

Having conquered a form of the dreaded disease earlier this year, Renacia, 16, a student of Mona High School, was hoping that Cornel would have been doing his own victory dance in the near future as well. But unfortunately that was not the case.

"I just cannot accept it all at all and I wish that God could just make back over the day that he passed because I am not going to accept his death. Cornel had plans for his life and now he didn't get a chance to achieve them. We were both optimistic that he was going to pull through," she said.

Cornel, who battled with an aggressive brain tumour, who was beloved by his peers and as such, received a hero's welcome from students and staff on his return to school in January, after undergoing several surgeries over a two-year period. He was 17.

Teachers, students and parents had rallied to raise funds to help finance his cancer treatment.

Renacia said she met Cornel at the University Hospital of the West Indies last year where they were both admitted for treatment.

At the time, she was suffering from Wilms' tumour, a rare kidney cancer that primarily affects children. This January, she received the joyous news that she was cancer free after receiving rigourous treatments.

"He (Cornel) was very jovial and we use to encourage and cheer up each other when one of us was feeling down. But if he was worrying about his medical condition, I wouldn't know because he didn't show it at any time. We kept in contact after we left the hospital," she said. "I went to visit him before the pandemic and I wanted to visit him after but I didn't want to put him at risk. But I was always speaking to his mother even the night before he died and I was confident he was going to pull through. I promised that I was going to pray for him but I slept away and forgot to pray and I feel bad."

Renacia said she spoke to Cornel last month on his birthday and they had both joked about him becoming a 'big man'.

In August, seven months after his return to school, Cornel underwent another surgery for tumours found at the back of his neck. The surgery had been deemed successful.

"I just don't accept his death and I still don't believe he is gone. I have overcome cancer but he didn't and I am really sad about that. He is gone and I was looking forward to seeing him after the pandemic but that will never happen ... it is just life but I am really sad," Renacia said.